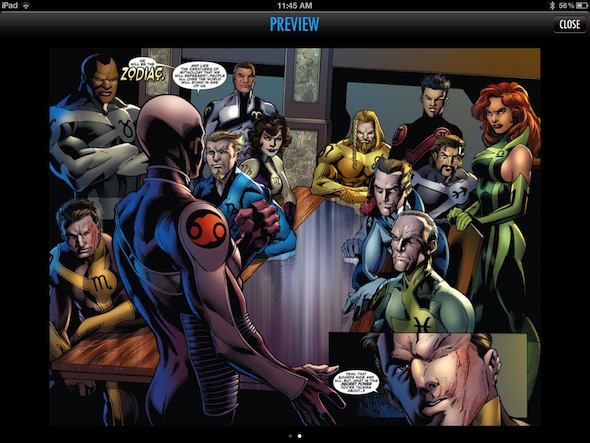 Graphic novel fans who haven’t yet picked up a new iPad might have just found a good reason to do so. Comixology, the world’s largest digital comics platform, just upgraded its iPad app to support the tablet’s high resolution Retina display.

The company specializes in graphic novels and comic books, and offers both as digital downloads through its iOS app. Its library includes popular works from both DC and Marvel, as well as a number of other publishers…

The update comes by way of a new High Definition format known as CMX-HD. Only a handful of comics are compatible with the format at this time, but the company hopes to fill out its entire catalog over the next few months.

Here’s what comixology CEO David Steinberger had to say about the upgrade:

“We knew the moment Apple announced the new iPad with its stunning Retina display that we needed to meet the challenge of delivering the highest resolution comic content in the industry — and with CMX-HD we did just that.”

To check out the new HD comics for yourself, simply download the free comixology app from the App Store and look for the titles marked ‘CMX HD.’ Most of them cost money to download, but there is a decent selection of free comics available.

What do you think of the new HD comics?