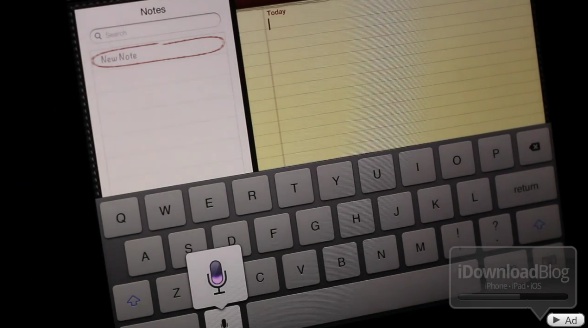 In the months leading up to Apple’s iPad event, there was a lot of speculation on whether or not the new tablet would include Siri. The feature has become quite popular since it debuted last October, so iPad integration made perfect sense.

Well, as you may know, Apple has foregone the digital assistant in its latest slate. But its Dictation component some how made the cut. Wondering how well the voice-to-text service works on the latest iDevice? Keep reading to find out…

As you can see, although still quite useable, Dictation’s accuracy doesn’t seem to be on par with its iPhone 4S counterpart. But remember, the 4S has special “EarSmart” technology built-in to allow it to pickup voices from further distances.

Regardless, this will more than likely prove to be a useful feature. Especially to folks who dislike typing on the iPad’s touch screen.

What do you think? Was including Dictation on the new iPad a smart move by Apple?