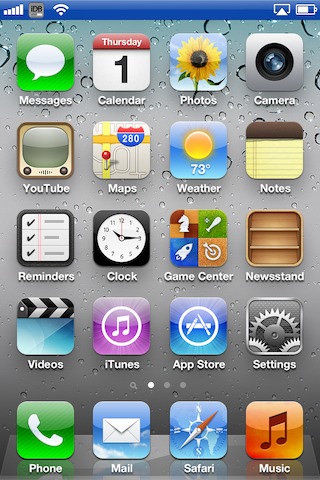 It’s one of those feature that seem so painfully obvious, but no one took advantage of the opportunity until now.

Reflection is an app for the Mac that allows you to use AirPlay Mirroring from your iPhone 4S or your iPad 2 directly to your Mac.

In times past, the only way to perform mirroring was via an Apple TV set-top box device. No longer.

For those of you who have no desire to purchase an Apple TV, or frankly don’t want to see your iOS device replicated on a 60″ Goliath, then Reflection is the perfect choice for you.

If all you care about is mirroring, why drop nearly a hundred bucks on an Apple TV? Now that Reflection is here, you no longer have to.

In my hands-on time with AirPlay Mirroring on my 27″ iMac, I came away seriously impressed. Not only was the lag minimal (it’s very snappy, about as good as you can get), it was much better than what I had experienced when using mirroring the “official” way on an Apple TV.

As a bonus, Reflection features borders that you can use to replicate the look of an iPad or iPhone, along with the ability to dismiss those borders and manually adjust the size of your mirrored window.

After all this time of wondering what is taking so long for an app like this to appear on the scene, it’s apparent that the team behind Reflection has been in the kitchen all of this time cooking up something special for us.

The app is super easy to use, just install it, and let it run. Whenever you want to showcase your iOS device on your Mac, just open up the App Switcher on your iPhone or iPad, swipe over until you see the AirPlay button, and enable AirPlay Mirroring to your Mac.

I urge you to at least give the free 10 minute demo a try ($14.99 to purchase) to see what I mean. Thanks to Alex for the heads up Tweet, which made me aware of the app’s existence.

Would you consider using Reflection? If you’re not convinced, then be sure to check out our extensive video coverage above.