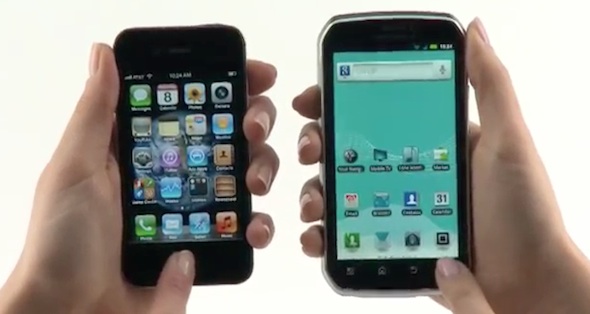 We’ve seen Motorola take on Apple in the courtroom, now it’s taking on its popular digital assistant feature. The company just posted three videos to its YouTube account of three of its handsets taking on the iPhone 4S in voice-control.

The videos star the Motorola Atrix 2, the Photon 4G and the Electrify using Android’s Voice Action component. The sentiment here seems to be that Motorola believes that its feature is superior to Siri, but we’ll let you be the judge of that…

Despite Motorola’s handsets finishing tasks a hair quicker than the iPhone 4S in most cases, the features seem to be fairly on par with each other albeit two major differences. For one, the GPS element on Android is far superior to the one in iOS. It still amazes me that Apple has yet to bring turn by turn voice directions to its mobile products.

The other difference is diversity. Siri isn’t just popular because it can perform simple tasks, it stands out because it has a wide range of capabilities (especially if you’re jailbroken). Try asking Android’s Voice Action feature to tell you a joke or a story, or look up facts in Wolfram Alpha. Novelties or not, these are things that help Apple sell iPhones.

Regardless, it seems like voice control is becoming much more than just a passing trend. And it’ll be interesting to see how all handset-manufacturers build on their respective features moving forward.

What do you think of Motorola’s Siri vs. Voice Action videos?