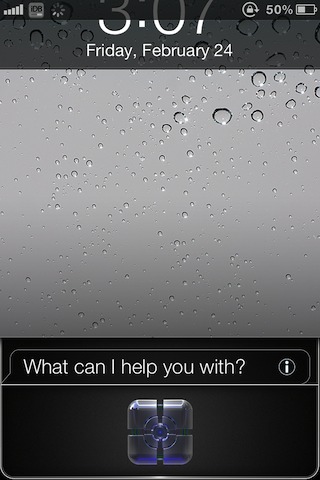 Do you rarely find yourself using iOS 5’s Lock screen camera shortcut? If so, you may be interested in this handy tweak that maps the camera button on your Lock screen to Siri.

It’s called LockAssistant, and instead of invoking your camera when tapping the shortcut on your Lock screen, your helpful assistant will be at your beck and call…

LockAssistant permanently exposes the camera shortcut on your Lock screen so you don’t have to double press the Home button every time you want to invoke Siri.

Unfortunately the camera button still looks like a camera button, so there’s no indication that it’ll actually launch Siri until you try it out.

LockAssistant can be had for free on Cydia’s BigBoss repo for jailbroken iOS 5 users.

Why not tell us what you think of this handy tweak in the comments below?