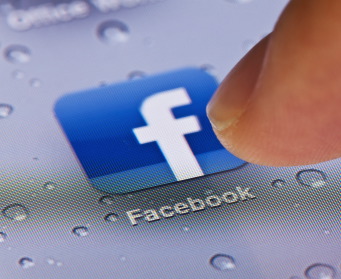 Apple’s iOS and Mac integration with Twitter is a relatively new thing, and one that has had impressive results for the social network with reports of a 25% increase in sign-ups coming after the release of iOS 5. While Twitter is currently the only social network tied into iOS, that may not always be the case.

During a shareholder’s meeting today, Apple CEO Tim Cook hinted that the company could become closer to Twitter’s largest rivals, Facebook, and that he has personally always thought the two could work more closely.

The news will come as music to the ears of Mark Zuckerberg and his band of cronies, with any link to Apple being a veritable gold mine these days…

During the meeting Cook said that integrating Twitter into iOS 5 had been great for the social network, alluding to that 25% increase in sign-ups, and that it also benefited Apple’s own users. Bringing Facebook into the fold could only benefit those same users even further.

“We do a lot with them, our users use Facebook an enormous amount. I’ve always thought the two companies could do more together.”

References to Facebook have been found in various pre-release versions of iOS all the way back to iOS 4.0, though the final shipping product has never sported the feature. Apple did briefly tie Facebook into its Ping music network, though that soon ended after Facebook grew upset at the lack of a deal between the two sides.

Bringing Facebook integration to iOS is something of a no-brainer, and with the largest social network already tightly integrated into both Android and Windows Phone, it is only a matter of time before iOS follows suit.