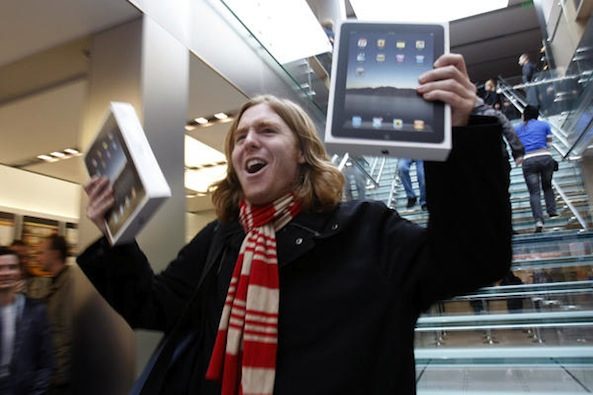 A week ago Apple announced record-breaking results for its latest quarter, selling more iPhones and iPads in the three month period than ever before. In fact, its iPhone sales made Apple the number one smartphone manufacturer in the world (by volume).

And apparently, the company’s tablet sales had a similar effect on its position in the computer industry. According to a report by The New York Times, the company that proclaimed the “post-PC” era — Apple — is now the biggest maker of PCs in the world…

Citing a report from Canalys research firm, The NYT reports:

Of course, all of this is based on the belief that tablets belong in the PC category, which has certainly been up for debate. Many think that only full-blown desktop computers and laptops can be described as personal computers, but the term transcends hardware.

As TechCrunch’s MG Siegler puts it, “”PC” is about how people use and interact with computers, not what it looks like. Who cares what it looks like?” He also points out that the transition from laptops to tablets is very similar to the move from desktops to laptops we saw way back when, which is a fair comparison.

So to recap: if you believe that iPads are indeed a form of PC, then Apple is now the largest manufacturer of both smartphones and computers in the world. And if you don’t, well then you must not be paying attention.