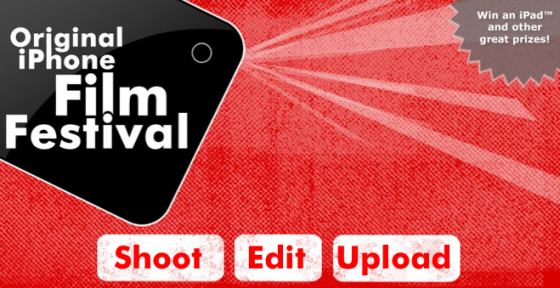 Last Summer we told you about  the Original iPhone Film Festival. The contest only had two rules of entry: the contestants must shoot their entire video with an iOS device, and the clip could not exceed 4 and 1/2 minutes.

Well it took a little while, but the winners of the Film Festival have finally been chosen. Continue reading to see the four videos that took home first place in their respective categories…

Videos were chosen from four categories: Fiction, Non-Fiction, Music Video, and Brand Film. And the panel of judges featured multiple celebrities including the musical group Maroon 5, and The New York Times‘ David Pogue.

So without further a du, here are the winners.

Festival prizes included a MacBook Air, an iPad 2, and an Apple TV. We have to say we’re pretty impressed with what people were able to come up with using an iOS device and some editing software, and we’re definitely looking forward to seeing this year’s submissions.

What did you think of the winning videos?