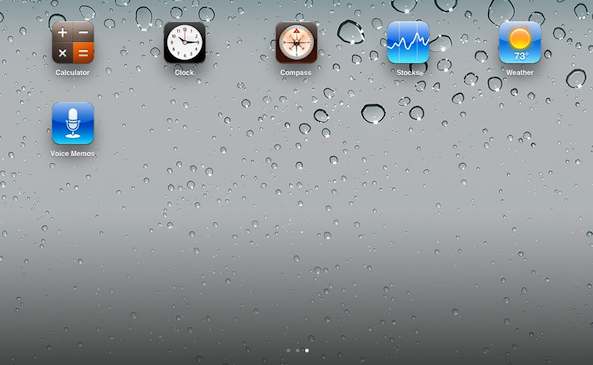 Back when the iPad launched in 2010, many people complained that it didn’t have any of the native apps found on the iPhone and iPod touch. However, a new jailbreak tweak by Ryan Petrich called Belfry is about to change that.

Belfry is a simple tweak that will install 6 stock apps on your iPad: Clock, Calculator, Compass, Voice Memos, Stocks, and Weather…

Stocks and Clock apps work in native resolution, while the rest are stuck in the infamous “2x” mode.

This tweak was released with great timing, especially now since the untethered jailbreak for iPad 2 was released last week. If you’re interested in installing Belfry on your iPad, you can get it from the Big Boss repo for free.