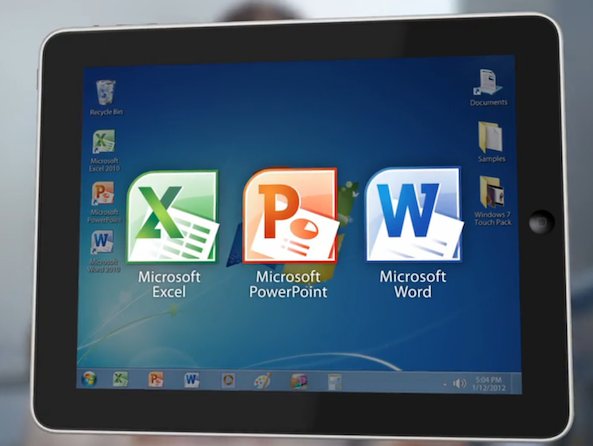 The iPad has made significant progress in the enterprise world, but there’s still a lot of market left to capture. Some companies still maintain that because the tablet can’t run critical software like the Microsoft Office suite, it’s not a viable business tool.

But OnLive is looking to change that with its new OnLive Desktop iPad application. The program allows you to run full-featured versions of Microsoft Word, Excel and Powerpoint, and a virtual Windows 7 desktop, all from your tablet.

OnLive accomplishes this by hosting the software on a hoard of servers, and streaming the interface to your iPad via its application. While this may not sound like the most efficient way to use the Office suite, it actually appears to work quite well.

The Desktop iPad application is free, but you’ll need an OnLive account to get anything accomplished. There are a couple of account options with various monthly fees available, and a free option that’ll grant you access to the service so long as its servers aren’t over capacity.

If you want to try out OnLive Desktop, you can download the iPad app from the App Store.

Have you tried out OnLive’s Desktop app? What do you think?