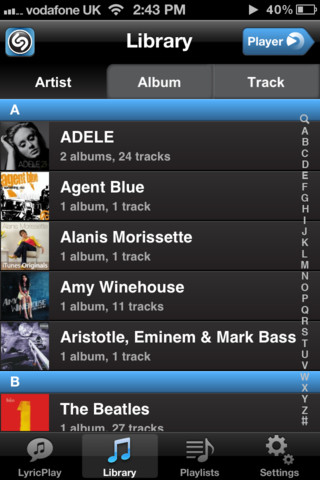 Shazam made its name as a music recognition engine, helping users find tracks based on the music that was being played at a club, on TV, or just about anywhere. The software was one of the first in the App Store, and certainly one of the biggest success stories of its generation.

As the years have passed the app has seen new features added, and the download numbers have continued to increase. Now the team behind that app has released a new, improved music solution called Shazam Player, and we’re going to go ahead and assume it’s going to be just as popular as its older brother.

Shazam Player is built to completely replace the iOS music player, taking over music playback duties and adding in that Shazam magic, with social aspects thrown in for good measure.

The app also allows the creation of playlists, as well as sharing of tracks across various social networks. YouTube is also supported, meaning users can search the video site for the track they are listening to, which is great if you like 80s music videos!

Shazam Player is available to download in the App Store, and costs absolutely nothing.