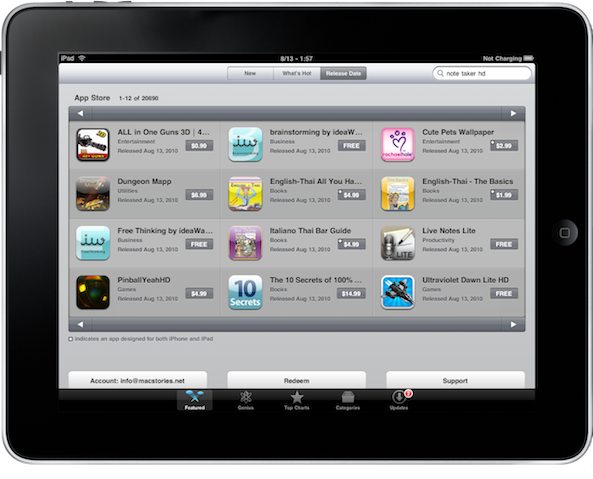 Apple keeps hitting new app download milestones, with the latest number being all about the iPad and its huge popularity since its initial introduction in early 2010.

Since Apple made the iPad available to purchase, a massive 3 billion apps have been downloaded from Apple’s App Store for the tablet. To put that into some kind of perspective, it took the equally-as-popular iPhone a whole six months longer to reach the same milestone after the App Store’s opening in 2008.

The huge popularity of the App Store can no longer be doubted, and with such a huge number of apps being downloaded on a daily basis, it is no wonder that Apple is so keen to flaunt its figures during press briefings.

By contrast, Google’s Android Market is not faring quite so well, with lacklustre tablet sales being blamed for a lack of app development. With so many Android tablets also being of the cheaper, underpowered variety, the age-old problem of Android fragmentation is a possible cause for the lower number of apps being available for the platform, according to ABI research.

App sales are only going to continue to grow, and with Apple possessing a strong developer community and a tablet that just cannot stop selling, our money is on the next three billion app downloads not being too far around the corner.