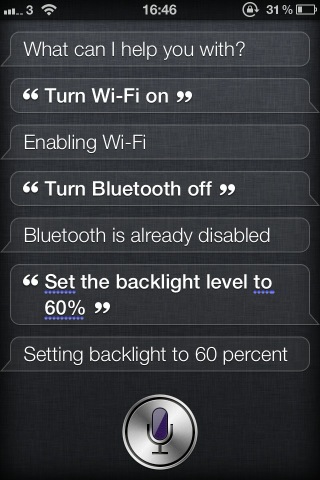 I’ve always thought something like this will be a good idea, and it will come to fruition as soon as an iPhone 4S jailbreak is released.

While the circumstances around an iPhone 4S jailbreak are still a tad sketchy, what’s clear as day is that this tweak would be ridiculously handy, and should have been a native Siri feature to begin with.

Essentially, this allows you to control various toggles like Wi-Fi connection, bluetooth, etc. using only your voice. e.g. “Turn Wi-Fi on”, “Set the backlight level to 60%”, and pretty much anything else you’d normally be able to toggle with SBSettings. 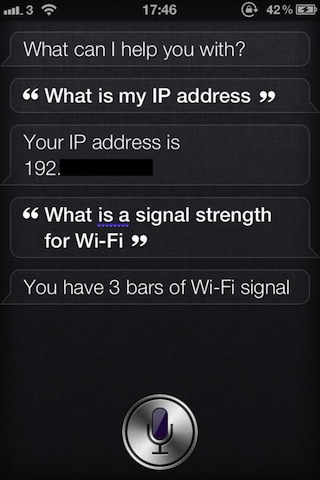 Developer Hamza Sood says that a iPhone 4S jailbreak would be needed before the toggles system for Siri would be available, although it seems to me that it would be able to be done on the iPhone 4 if a legal Siri port ever sees the light of day as we expect.

Either way, it’s inevitable that we’ll see this functionality make its way to Siri equipped iPhones, it’s only a matter of time.

What do you think? Would you like use Siri to adjust toggle system settings?