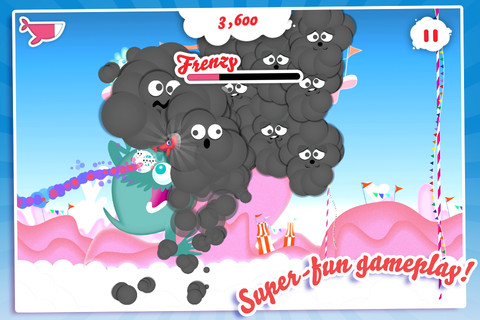 Whale Trail, one of the stand-put hits of the App Store right now, has just received its first update, bringing with it some new features as well as some new levels for players to negotiate.

Bringing the version number up to 1.1, Whale Trail’s developers have sought to improve upon the formula that has seen the game receive over 4,000 5-star ratings since its release. The ustwo team haven’t meddled with the mechanics, but has chosen to add features to existing game modes, helping the $0.99 game live even longer.

So, what does Whale Trail 1.1 bring to the table?

If you haven’t already been playing Whale Trail at every given moment, then there has never been a better time to give it a whirl. At less than a dollar, there is plenty of fun to be had guiding the loveable Willow through the skies while avoiding those nasty clouds.

There is just something about those psychedelic graphics on an iPad that pushes our buttons just right. Think Tiny Wings, with a whale, in hallucinogenics.