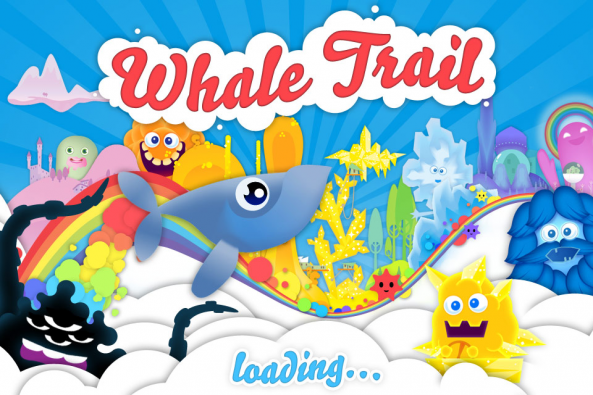 You may have noticed a colorful game by the name of Whale Trail moving up the charts in the App Store lately. Developed by ustwo, Whale Trail is a unique take on a familar genre of slide-scrollers that have continued to do so well on the iPhone and iPad.

Like Tiny Wings, Whale Trail has you tapping and holding your screen as you fly through a beautifully designed universe. After only being on the App Store for a little over a week, Whale Trail has already been given the Game Of The Week title by Apple…

According to The Guardian, the developers spent $240,000 making the game, and they need to sell 300,000 copies to break even. Based on initial sales, it looks like they’re on track to meet that goal very soon.

The design, music, and gameplay in Whale Trail are fantastic. It’s not a surprise that the game currently boasts a 5-star average review ranking in the App Store. There’s plenty of attention to detail in Whale Trail that makes for a delightful game experience. 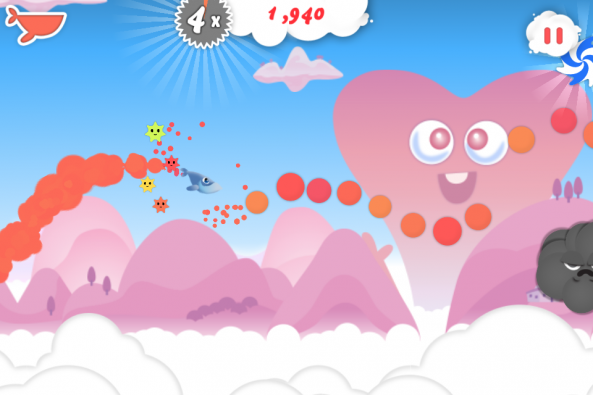 The first thing you’ll notice about Whale Trail is that it’s incredibly fluffy, and by that I mean kind of girly. It took me a minute to get past the rainbows and cream puff look of the game. You’ll realize after playing Whale Trail for a little while that it’s got a wonderful theme, and the game itself is quite addictive and charming.

The physics of the game are very much like Tiny Wings, only more fast-paced. I actually like Whale Trail much more than Tiny Wings because it’s easier to start playing from the get-go, yet still challenging. 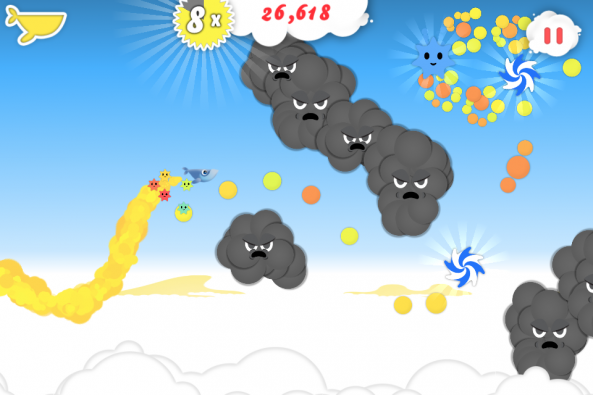 You play Willow the Whale as he flies through the air avoiding Thunder Bros (angry clouds) and Baron von Barron while collecting bubbles. The bubbles fuel your flight, and you can collect starts to gain power-ups that make you invincible for a limited period of time.

As you progress, you discover new lands and make a few friends along the way. The developers are adding new gameplay modes in future updates, and you can compete with your friends in Game Center to see who can last the longest.

The design of Whale Trail is wonderful and the music adds a lot to the experience. This is one of those total-package treats that you have to download and play yourself to appreciate.

Get Whale Trail now in the App Store as a universal game for the iPhone and iPad. It only costs $0.99. Have fun!