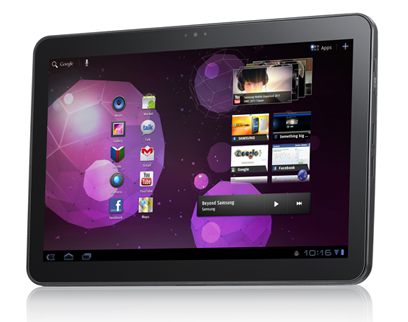 It looks like Christmas came early for Samsung this year. Gizmodo is reporting that an Australian court has overturned the injunction against the Korean company that banned it from selling its popular Galaxy tablet on the continent.

The ban is the result of an ongoing world-wide patent dispute between the two companies and has been in place since late Summer. But, apparently, Samsung made a good case in its appeal it filed last week because the injunction has been lifted…

Starting Friday, Samsung will be able to resume selling its Galaxy Tab in Australia — just in time for the holidays. Here’s what the manufacturer had to say about the ruling:

“Samsung Electronics Australia is pleased with today’s unanimous decision by the Federal Court to lift the preliminary injunction on sales of the Samsung GALAXY Tab 10.1. We believe the ruling clearly affirms that Apple’s legal claims lack merit.”

Even though Samsung got the win yesterday, the Australian battle is far from over. The main trial isn’t set to take place until March of next year, and Apple has already vowed to appeal the court’s decision to reverse the injunction.