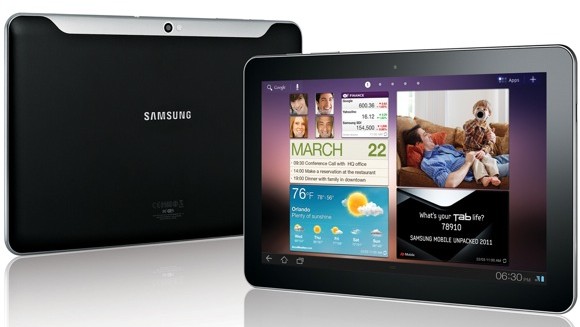 For those of you who missed it, Samsung agreed to delay the launch of its Galaxy Tab 10.1 in Australia last week. The move was in direct response to an injunction filed by Apple, who’s claiming that Samsung has infringed on some of their patents.

The legal feud has been going on for several months, but it has started to get interesting over the last few weeks. Not only has Apple delayed the Galaxy’s Tab launch down under, reports are coming in that they’ve blocked the tablet in Europe, too…

FOSSPatents noted yesterday that Apple has been granted a preliminary injunction against Samsung’s Android-based Galaxy Tab in Germany. The decision will temporarily prohibit sales within the European Union (except the Netherlands).

With no announcement regarding rescheduled launch dates in Australia, and an injunction in Europe that could take months to work through, Samsung’s tablet could be in trouble. It looks like it’ll be outdated by the time they’re allowed to sell it.

While I don’t agree with Apple’s actions, it certainly seems like they have a strong case here, especially with the iPad. Just think about what tablets looked like in 2009. How did Samsung arrive at the Galaxy Tab?