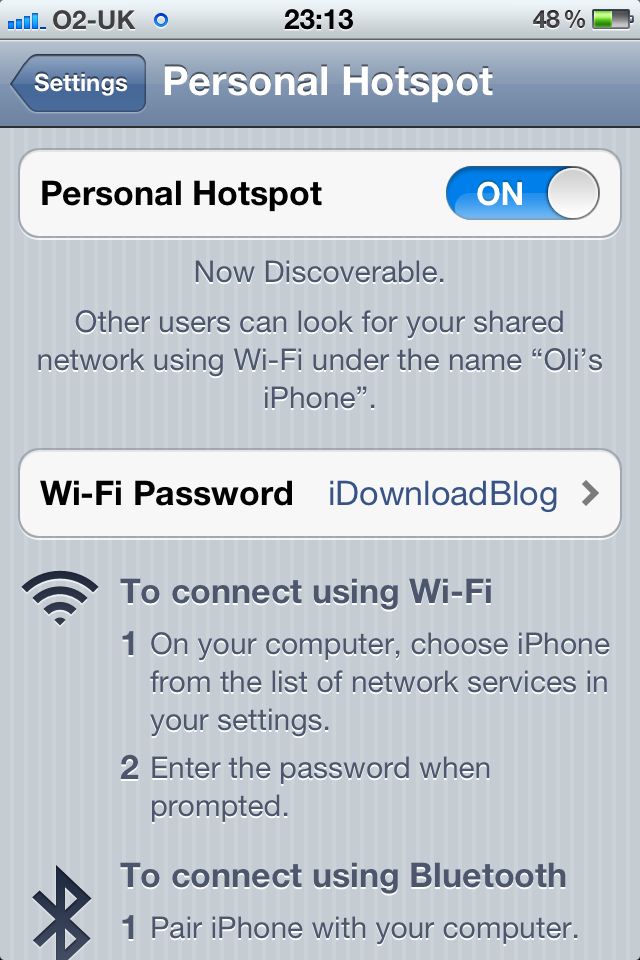 While iOS 5 brought many new features that we had all been wanting, Wi-Fi syncing is probably one of the most desired features on the list. Using a white USB cable to sync an iDevice to iTunes is without a doubt one of the most irritating things of the pre-iOS 5 world.

But what if you are out and about and want to sync your iDevice, and you’ve done away with those syncing cables for good? Well, there is one way to sync your iDevice with a Mac that doesn’t require a cable or a Wi-Fi router. You can actually use your iPhone’s Personal Hotspot feature…

Assuming you have tethering added to your data plan, you’re iPhone will allow you to use it as a Wi-Fi base station via the Personal Hotspot option. Turning this on will allow up to five devices to use your iPhone as an internet connection, but it also means that all the attached devices can talk to each other.

With that in mind, it is possible to actually Wi-Fi sync any iDevice to with Mac or PC using an iPhone as a router.

It’s an interesting use of a feature that iPhone users perhaps take for granted, and one that could come in handy if you’re a road warrior with a Mac, an iPhone, and no sync cable.

Hats off to Gear Diary’s Mitchell Oke for thinking to actually try this method out!