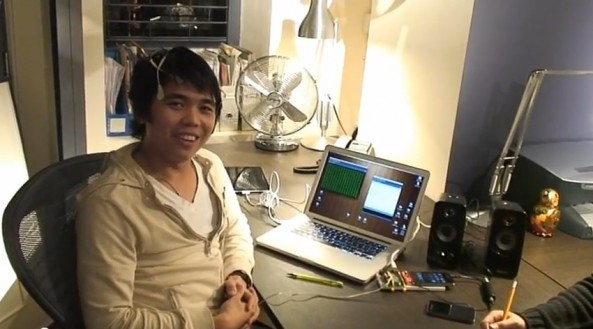 The geniuses behind Project Black Mirror have created a way to control Siri with their minds. By constructing an elaborate system involving the Arduino prototyping platform, a MacBook Pro, and ECG pads to capture analog brain waves, these hackers can have Siri make a call by merely thinking.

Commands are matched and fed to a speech synthesizer chip. The hackers plan to fully automate the process eventually, but the iPhone 4S home button still needs to be pressed to initiate Siri right now.

While this is basically controlling Siri with your mind, it’s obviously a little more complicated than that. The commands that Siri receives are first routed through the speech synthesizer chip and then sent to the iPhone via the microphone jack as voice commands (as if a human was still telling Siri what to do). The real magic happens in the synthesizer, when your thoughts from the ECG pads are converted into audible words.

The video demonstrates a call being placed, but we wonder if this method can have Siri perform more complicated tasks, like creating an email or setting a location-based reminder. So many possibilities.

Project Black Mirror is posting this information as proof of concept for the time being, and the project is still very much in the early stages. We can’t wait to see what these guys are able to pull off.