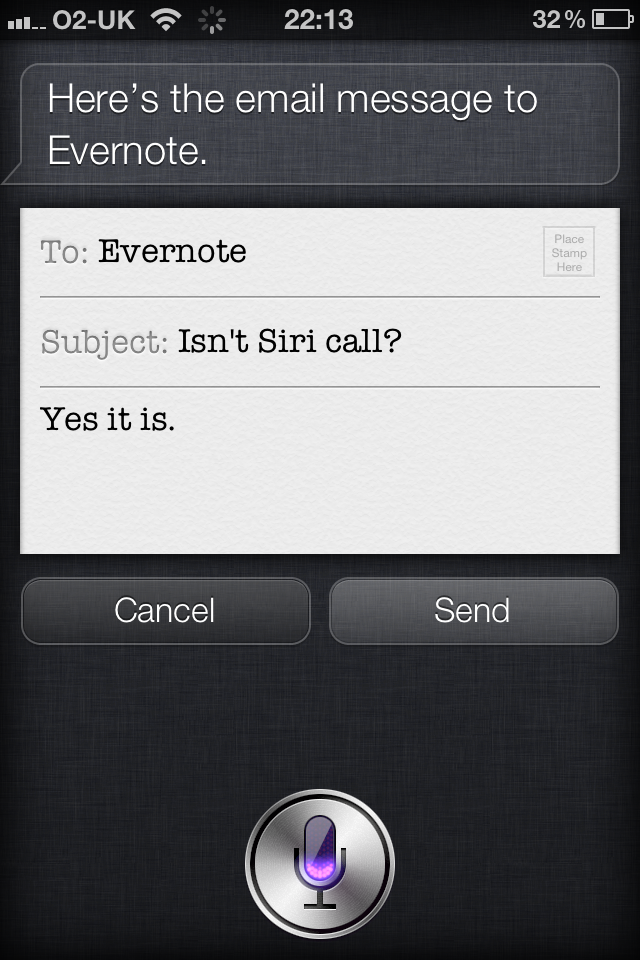 Few will argue that Siri is mind-bogglingly great when it works. Speaking right into your iPhone and having it do your bidding is about as awesome as it gets, but it does have some limitations.

Not being able to tell Siri to interact with third-party apps is one such limitation, and it is the reason that many have sought ways to get around the restriction. You can use SMS to update Twitter and Facebook, and it has also led to Evernote blogging about an easy way to use Siri with the popular service.

If you’re an Evernote user, you’ll want to give this a try…

The method for getting this to work is actually quite simple.

All you need to do is create a new contact with the name “Evernote” and add your unique Evernote email address, then you’re pretty much done.

You can get your unique email address from inside the iPhone app by launching it, then selecting Settings and “Evernote email address.” You can even create the new contact from there, too.

Now, launch Siri and tell her to “Email Evernote” followed by a subject line. This will be the title of your new note.

The body of the email will, obviously, be the content of your note. Dictate the email using Siri just as you normally would, and once sent, it will sync into any authenticated Evernote app you use.

Evernote can be downloaded for free in the App Store. The service is also available on a variety of platforms, including the Mac.