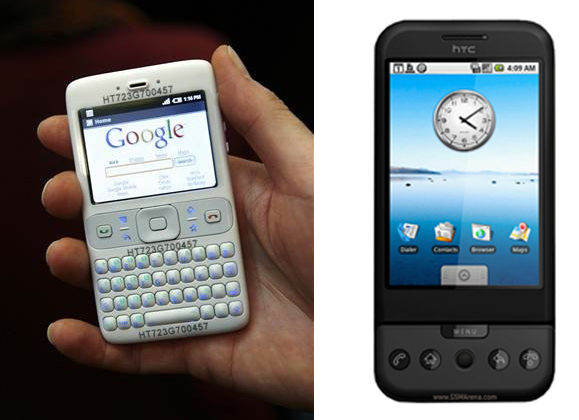 The battle between Android and the iPhone has raged for years, with it being unveiled in his recent biography that Steve Jobs was planning to wage “thermonuclear war” on Google and Android. The heat felt between the two companies stems from the fact that Apple confided in Google in the early years of the iPhone’s development before Android was released. Steve Jobs felt that Google stole Apple’s ideas, calling Android “grand theft.”

According to Google CEO Eric Schmidt, Android doesn’t copy the iPhone at all. Why? Because Android was started before the iPhone…

While in South Korean press conference today, Schmidt was asked about Jobs’ opinion in the bio about Android stealing from Apple. Schmidt said:

“I decided not to comment on comments that are written in the book after his death. I don’t think it’s right…Most people would agree that Google is a great innovator, and I would also point out that the Android efforts started before the iPhone efforts. And that’s all I have to say.”

As AllThingsD points out, Android was indeed founded in 2003 and acquired by Google in 2005. The iPhone didn’t debut until 2007. Apple clearly began work on the iPhone long before then, but no one knows exactly when the times overlap.

What do you think? Who copied whom?