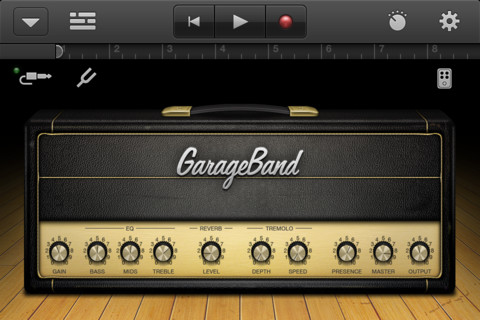 Apple has just released GarageBand for iPhone in the App Store. The update has been applied to the iPad app and will make GarageBand a universal app for the iPhone, iPod touch, and iPad.

GarageBand on the iPhone has been a long time coming, and now users will be able to create and playback tracks on the go from the iPhone.

“Apple today announced that GarageBand®, its breakthrough music creation app, is now available for iPhone® and iPod touch® users. Introduced earlier this year on iPad®, GarageBand uses Apple’s revolutionary Multi-Touch™ interface to make it easy for anyone to create and record their own songs, even if they’ve never played an instrument before.

“GarageBand on iPad has been a big hit and we think customers will love using it on their iPhone or iPod touch,” said Philip Schiller, Apple’s senior vice president of Worldwide Product Marketing. “The innovative Multi-Touch interface combined with Smart Instruments makes it easy to create great sounding music, even if you’ve never studied music or played an instrument before.”

GarageBand features a collection of fun Touch Instruments that sound great and make it easy for beginners or experienced musicians to play and record keyboards, guitars, drums and basses in a wide variety of styles. Smart Instruments now allow you to choose from an extensive new library of custom chords so you can play and strum along with your favorite songs.

You can plug your electric guitar into iPad, iPhone or iPod touch to play and record through classic amps and stompbox effects, or record your voice or any acoustic sound using the built-in microphone. GarageBand allows you to record and mix up to eight tracks and then share your finished song with friends or send it to your Mac® to keep working on it in GarageBand or Logic® Pro.” 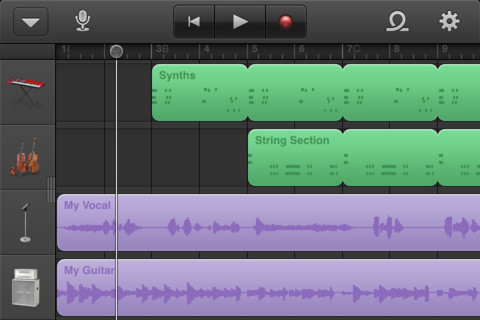 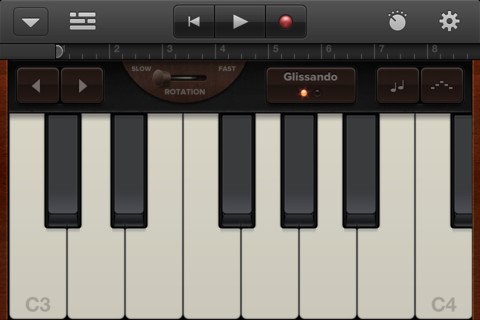 The update is making its way to App Stores around the world, so keep refreshing if it isn’t available right away. GarageBand is available for $4.99 in the App Store. The update is free for existing users.