We’ve back after a hiatus with our app picks of the week!

This week, we’ve got an awesome iOS game, unique Twitter app, and innovative podcast app that works with iCloud. We hope you enjoy this week’s picks! 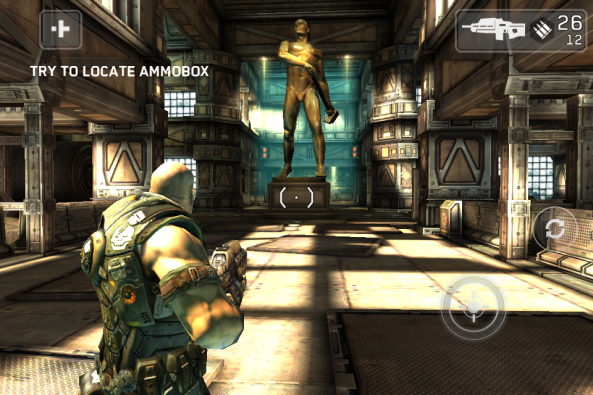 ShadowGun is probably the most robust third-person shooter in the App Store right now. If you haven’t downloaded ShadowGun already and you enjoy serious games on the iPhone or iPad, ShadowGun is a must-have.

The graphics in ShadowGun are absolutely stunning. The developers at Madfinger did a fantastic job at creating a game that looks like it belongs on a TV console. Try playing ShadowGun via AirPlay mirroring on your iPad 2 or iPhone 4S and you’ll see the attention to detail. ShadowGun is truly an achievement for the iOS platform.

In ShadowGun, you play as bounty hunter John Slade in the apocalyptic world of 2350. Gameplay itself is pretty fun — ShadowGun uses virtual joysticks to let you control your character and gun. The levels in the game are enjoyable to play and you’re sure to have a good time with this shooter.

ShadowGun isn’t cheap, but it’s awesome. You can buy it for $4.99 as a universal app for the iPhone and iPad. 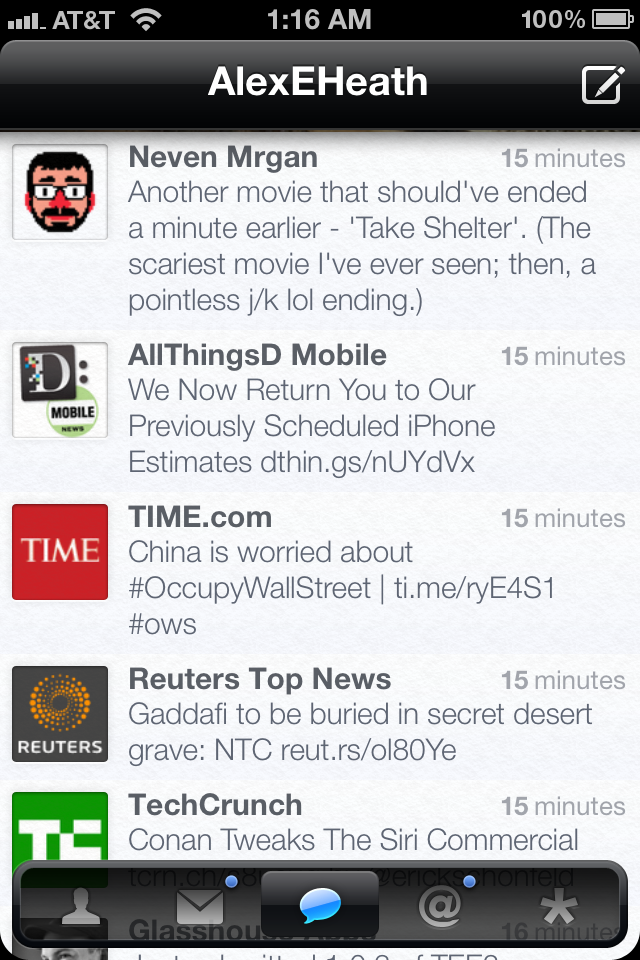 It’s always refreshing to come across a new and unique Twitter app for the iPhone. Twittelator Neue offers a very different experience than most Twitter clients out there. While the app retains many of the features and interface standards you would expect from a Twitter iOS client, Twittelator Neue breaks the mold with interesting graphics and a fresh take on navigation.

The app’s developer calls Twittelator Neue a “faster, fresher experience” for Twitter on the iPhone. You can swipe through your timeline, mentions, direct messages, etc. in a card-like way that almost feels like TweetDeck. There are also some elements of the app that feel like Tweetbot, while many design touches take cues from the official Twitter client.

Twittelator Neue presents photos in your timeline uniquely. The app works well with multiple accounts and services like ReadItLater, OmniFocus, Instapaper, and CloudApp. It’s a different type of app, and you may find it enchanting.

Twittelator Neue is available in the App Store for an introductory price of $1.99. 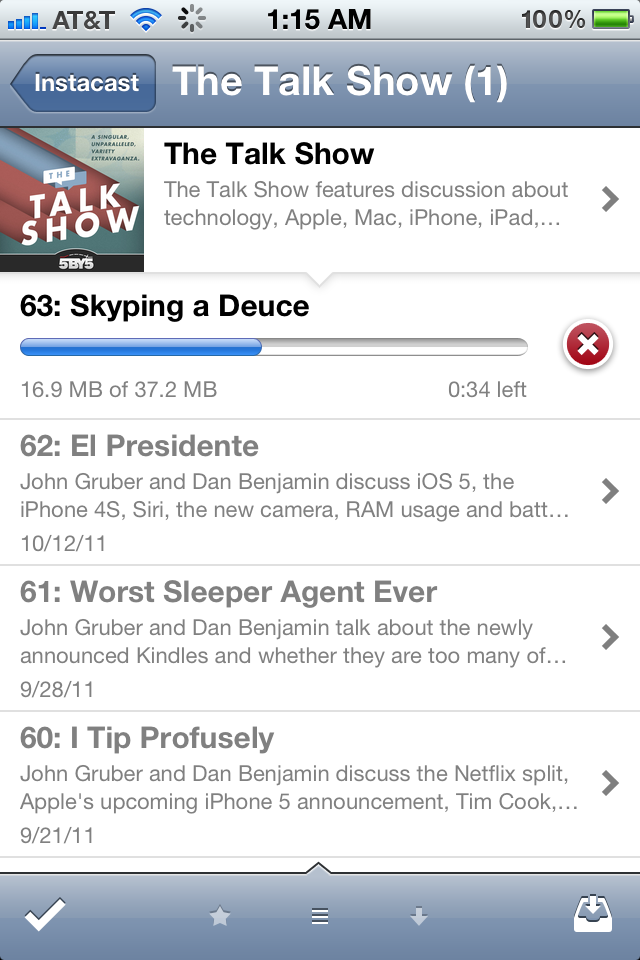 We’ve already talked about Instacast already on iDB, but it’s worth mentioning that the app was recently updated with support for iOS 5 and iCloud sync.

In case you didn’t know, Instacast is like Netflix for podcasts. Instead of downloading all of your shows the old fashioned way in iTunes, Instacast uses its own backend (and now iCloud) to download, steam, and sync your podcast collection between your iDevices. For a podcast addict, Instacast is an app that should really be considered.

With iCloud, Instacast syncs your playback position and podcast collection between iDevices. iCloud helps make sure that the episodes you’re currently listening to are buffered and made available based on where you left off on the last used iDevice. It’s really slick.

Introduction to Instacast from Vemedio on Vimeo.

Instacast is available for $1.99 in the App Store.

That’s it for this week’s picks! Let us know what you think of these apps in the comments.