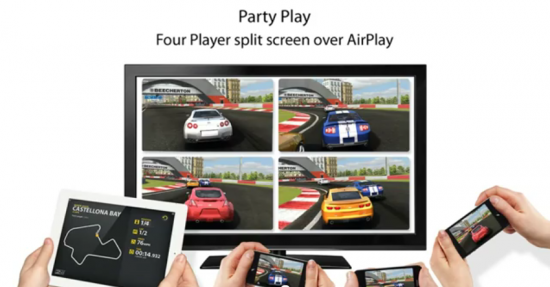 It’s been about 48 hours since many of you have acquired a shiny new iPhone 4S. You’ve played with Siri, you’ve used dictation, and you’ve probably taken dozens of pictures. But have you gotten a chance to try AirPlay mirroring?

As we’ve said before, this has to be one of iOS 5’s most understated new features. There’s something magical about seeing everything you do on your iPhone mirrored on your big screen TV. And it’s easy to use, too. All you need is an Apple TV…

If you have a new iPhone (the 4S) or an iPad 2 with iOS 5 installed, you can use this easy guide to activate AirPlay mirroring on your device. Remember, you need an Apple TV (2nd generation) in order to utilize this feature.

Step 1: Make sure that your Apple TV is on, and that it’s connected to the same Wi-Fi network as your iDevice.

Step 2: From your device’s home screen, double tap the home button to bring up the multitasking tray. 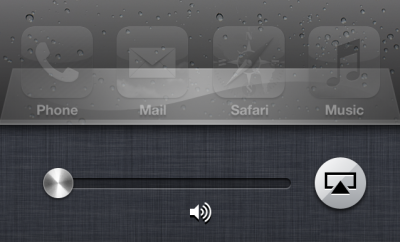 Step 3: Swipe to the right two times to bring up the volume slider (you’ll pass the media controls), and tap the AirPlay icon. 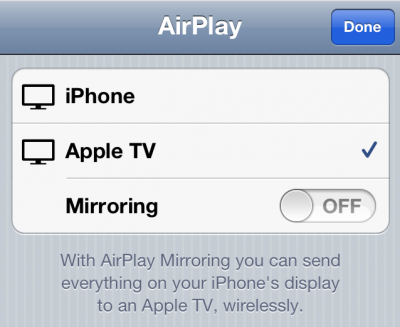 Step 4: Switching the source to Apple TV should reveal the Mirroring option. Enable it.

Unlike Apple’s initial AirPlay introduction, almost all apps are compatible with AirPlay mirroring (except video from apps like Hulu that are copyrighted). Even the Camera application can be mirrored on the big screen, turning your TV into a giant viewfinder. FaceTime works great via mirroring on the 4S.

Apps appear on-screen in vertical view, and rotate to landscape mode to mirror the device. Though a majority of the titles in the App Store don’t support full screen just yet, the ones that do look amazing. This feature can only get better over time.