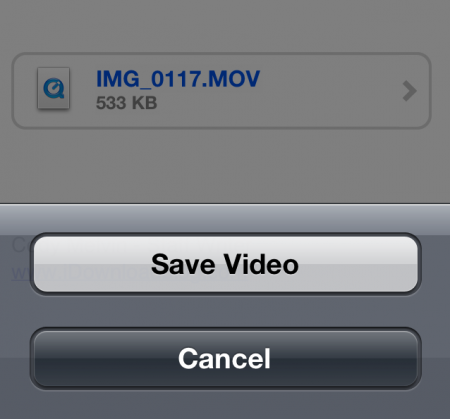 After nearly two weeks on the market, people are still finding new stuff in iOS 5. Apple’s latest software update to its mobile operating system is loaded with new features — over 200 according to Scott Forstall and company.

The update also includes new capibilities for iOS users. You can activate your device’s camera from your lock screen and you can view notifications by swiping down on your status bar. You can also save videos to your camera roll…

TiPB spotlights a new addition in iOS 5 that you may or may not have known about — the ability to save videos from a text or email message. In previous versions of iOS, you could save photos that were sent to you, but not videos.

This changes with the latest iOS update, as you now get the option to save video in both the Email and Messages applications. Simply hold your finger down on the clip, and select Save Video from the popup menu that appears — it’s that simple.