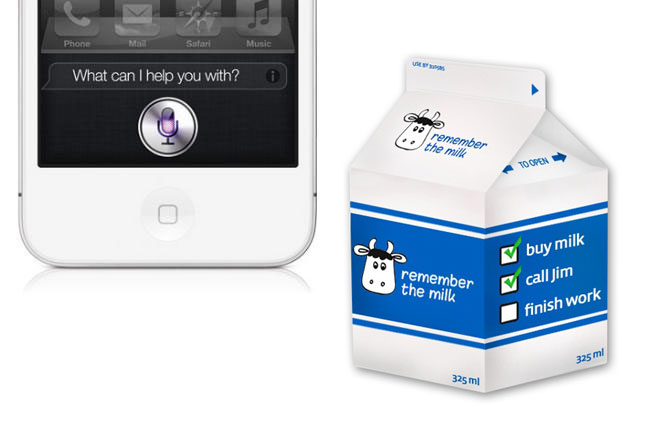 Siri is obviously the breakout feature in Apple’s latest handset. Love it or hate it, you can’t deny that it’s a crowd pleaser (when the servers are up). Even the critics that say that the system is too limited right now, but we all have to agree that Siri has some great potential.

The potential lies with third party developers. Currently Siri can’t launch apps or perform tasks inside third party applications, but it’s coming. And the folks behind the popular task manager Remember The Milk are leading the way…

Mashable points to Remember The Milk‘s webpage, where the developers have put up a tutorial on how to add Siri support to their application. The steps are fairly simple, and if you use the task manager, you’re going to love the Siri integration.

1. Open Settings on your iPhone 4S

6. In the ‘Server’ field, enter: www.rememberthemilk.com

7. In the ‘User Name’ and ‘Password’ fields, enter your Remember The Milk details

9. You should be returned to Mail, Contacts, Calendars, with the account added. Scroll to the bottom of the screen, and tap Default List.

11. You’re done! Start asking Siri to remind you about tasks.

It’s not exactly native Siri support, but it’s close. Once you’ve completed the setup, everything happens automatically. If you’re interested in trying out Remember The Milk, it’s available for both the iPhone and the iPad for free (with limitations).