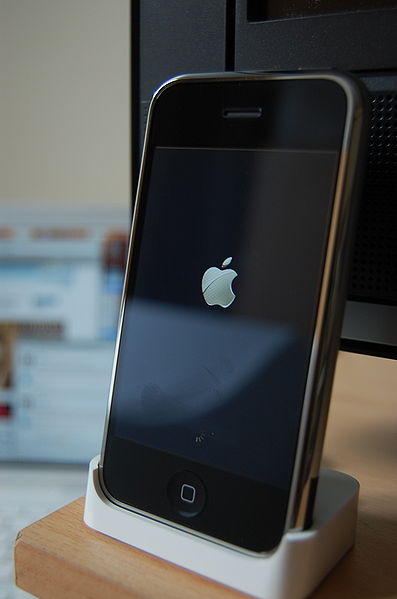 Apple is set to unveil its next iPhone tomorrow, and there’s been unending speculation and rumors about what the folks in Cupertino have up their sleeves for the iPhone in 2011.

What about how far we’ve come? Let’s take a look at the first ever iPhone commercial…

This is how it all started: “Hello?” That’s how Apple ushered in a new era of mobile computing. It’s almost poetic.

This particular ad was aired on Oscars night in February of 2007. Apple aired this teaser four months before the iPhone’s original release on June 29, 2007. Steve Jobs had already unveiled the iPhone to the public on January 9, 2007 at Macworld.

Customers lined up outside of Apple stores everywhere to get their hands on the coveted smartphone. The media even called it the “Jesus phone” originally.

Things have changed a lot since then. (Not the lines part, obviously.)

Now, we’ve got the possibility of an iPhone with a dual-core A5 processor, 1 GB of RAM, and a 8 megapixel camera. Apple is also expected to introduce a technology called “Assistant” that will forever change the way we interact with our iPhones.