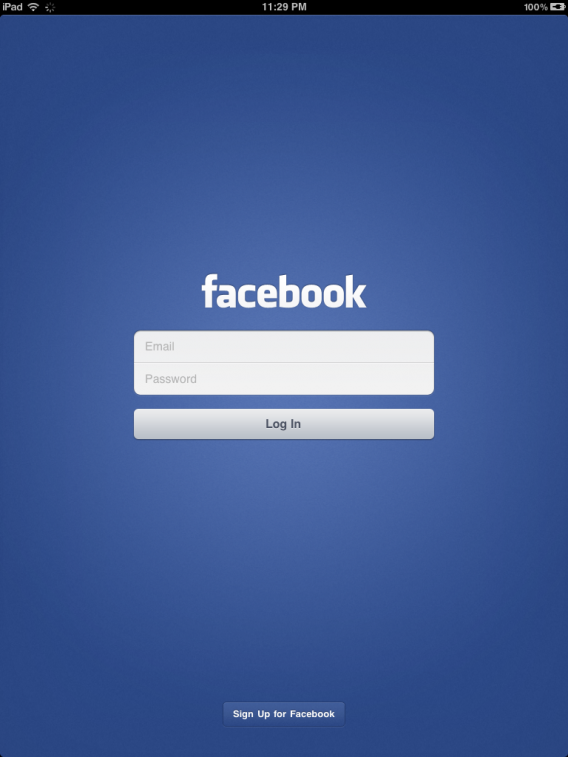 Mashable posted an article yesterday that tells an interesting story about the relationship between Apple and Facebook. Although the two companies are expected to make a joint announcement next Tuesday, things haven’t always been peachy.

This is perhaps most obvious in the noticeable absence of a native Facebook app for Apple’s tablet. Facebook’s iPad app has reportedly been ready for several months, but we’ve yet to see an official release. Before his retirement, Steve Jobs was personally involved in negotiations with Facebook…

The issues between Apple and Facebook date all the way back to iOS 4.0. Apple was planning for system-wide Facebook integration in iOS 5, but the two companies got in an argument over the implementation.

The hard feelings were still evident as Jobs himself visited Facebook headquarters to hash out details on its iPad app:

“Roughly three months ago, Steve Jobs — then the Apple CEO — paid a visit to Facebook to discuss a Facebook for iPad application with CEO Mark Zuckerberg. Zuckerberg promised Jobs that the social network would release its first ever tablet application for iPad. Jobs, however, learned during his visit that HP was about to release a native webOS Facebook application for the TouchPad.”

According to the report, Jobs hit the roof when he heard that the company was nearly finished with a webOS app. It was apparent that Facebook was playing both sides, in order to receive maximum exposure on both platforms.

In fear of ruining the relationship with Apple for good, Zuckerberg vowed to get the webOS app pulled. But Jon Rubinstein of HP refused to halt its release. This broke down talks of an iPad app and likely contributed to its ongoing delay.

But now that webOS has been discontinued, and Facebook has an iPad app ready to go, sources indicate that “this is the closest Apple and Facebook have been to creating something meaningful together.” Tune in Tuesday to find out more.