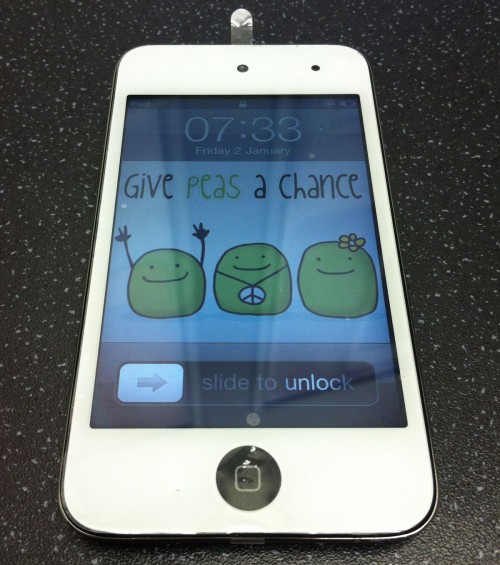 Apple is expected to hold its next iPhone/iPod event in the next few weeks, and a new report claims that the Cupertino company will release a white iPod touch with minor improvements alongside new iPhone hardware.

Most of the rumors have been focused on the upcoming iPhone, with dozens of part and case leaks pointing towards similar designs. On the iPod front, not much has been said, until now…

“MacRumors has received information indicating that the next iPod touch revision will be a very minor change, with the primary addition being the introduction of a new white model. Only minor changes are expected for the existing hardware, with the addition of an oleophobic coating for the display and a revised ambient light sensor seemingly being the main differences. Otherwise, we expect the models to be nearly identical to the current fourth-generation iPod touch model.”

This is an interesting claim for multiple reasons. Earlier reports said that Apple would refresh the iPod touch with 3G capabilities. Instead of introducing a lower-tier iPhone, it was believed that Apple would create a data-reliant 3G iPod touch for the prepaid market.

Other reports said that the iPod was dying, and that Apple was looking to phase out the product line altogether. That is clearly not the case, as the iPod touch is assuredly going to undergo more changes before it fossilizes in Apple’s line of mobile products.

We’re not sure why Apple would simply refresh the iPod touch with a new color and minor improvements next month. Why not shake things up with something like a pay as you go 3G contract? Perhaps there is something bigger planned for the iPod touch in 2012.