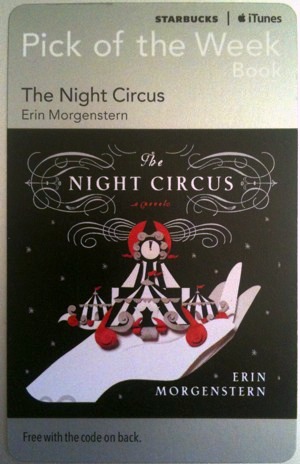 It’s no secret that Starbucks has been in bed with Apple for a long time. The popular coffee chain has been giving away free iTunes tracks to its customers for years.

Last month we told you that the pair had stepped up their partnership to start offering free apps in Starbucks stores, and now they’ve added more media content to the promotion…

AllThingsD is reporting that the coffee-maker is now giving away extended iBook samples. It looks like last week’s freebie was “The Night Circus” by Erin Morgenstern.

The tech site has also heard that Starbucks will soon start offering TV shows as part of its weekly-changing promotion. The more media content the better. I wouldn’t be surprised to see this kind of deal pop up in other stores.

Have you seen the new offering at your local Starbucks?