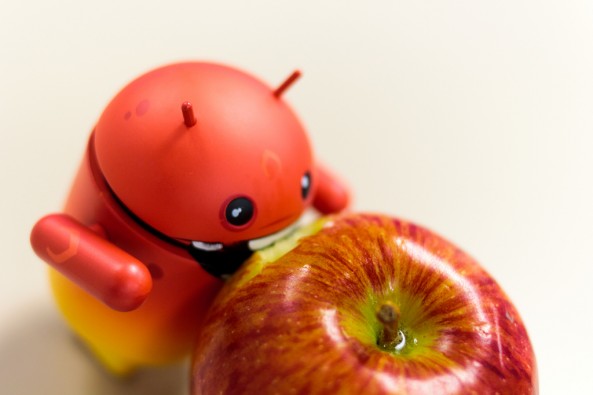 Could Android app downloads soon outpace those of iOS apps from the App Store? According to research done by Ovum research (via CNET), all outlets currently offering Android apps will serve up approximately 8.1 billion downloads this year alone. This is opposed to an estimated 6 billion in the App Store.

It’s important to keep in mind, however, that the sheer number of app downloads doesn’t necessarily translate to a healthy or profitable ecosystem…

The report notes that five year estimates for revenue will see apps from Apple’s App Store generating $2.86 billion, almost double the $1.5 billion estimated for all Android stores combined. Of course, we already know rampant piracy on the Android Market appears to be largely to blame and something that developers are quite worried about.

Another important note of interest pointed out by AppleInsider is the fact that Ovum’s track record is less than perfect, to say the least. They originally estimated Apple’s market share would drop to from 67% to 22%  by 2009.

Even if Ovum’s estimates are accurate, how might the incredible volume of copycat, and arguably useless, wallpaper and sound effect apps bombarding the Android Market sway the numbers?

Do app download statistics really matter when revenues clearly indicate which app ecosystem is currently the better option for devs?