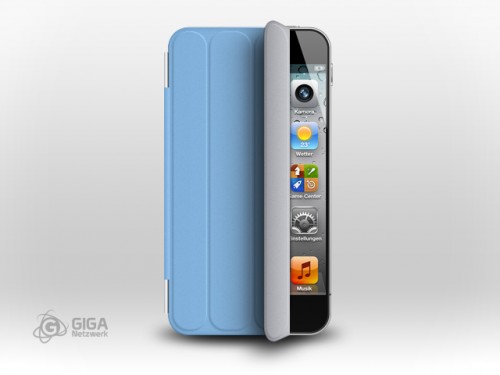 When Apple introduced the Smart Cover for the iPad 2, everyone went nuts! “It’s magical!” “What a genius design!” — Apple had made the coolest thing since sliced bread.

We recently showed you a concept for a ‘Smart Keyboard’ on the iPhone, and it got us thinking: Should the iPhone have its own Smart Cover, too?

German blog Benm.at has put together the above concept of what an iPhone Smart Cover would look like. The accessory would function just like the iPad version, except it would be miniaturized. The fold would allegedly attach to the iPhone via magnets and wake the device from sleep when pulled back.

An iPhone Smart Cover could prove to be more of an annoyance than anything, but there are a couple reasons why Apple could end up doing something like this.

Think about it, with an iPhone Smart Cover you have a:

While a Smart Cover wouldn’t be ideal for someone that talks a lot on the iPhone, for many of us, a screen cover that folds behind the device would be perfect for texting and using apps throughout the day. It would all depend on how well the device and cover are designed to work with one another.

It’s far-fetched, but still fun to think about. Would you buy a Smart Cover for a next gen iPhone?