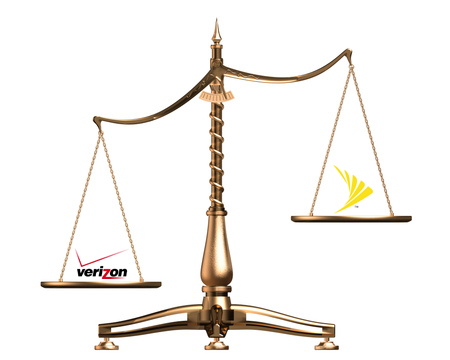 Some interesting information came out of federal court regarding Sprint’s ongoing opposition of AT&T’s T-Mobile acquisition.

The interestingly worded portion of the court filing states that “Sprint has had to compete without access to the iPhone for nearly five years.” Now of course, we and others could be reaching here, but the wording is most definitely eyebrow raising.

What particularly makes me curious, is the use of the word had, which of course, indicates past tense. It’s widely expected that Sprint will finally even the playing field this fall when the iPhone 5 launches, and this just adds more fuel to an already smoldering fire…

This is My Next takes a logical stance in the matter, and states that it “would only be an actual advantage if other carriers like Sprint and T-Mobile were set to get the device later on.” Hey, makes sense to us.

What do you think? Is this more concrete evidence that the iPhone is headed to big yellow, or do you think we’re reaching like a toddler for the cookie jar?

[This is My Next]