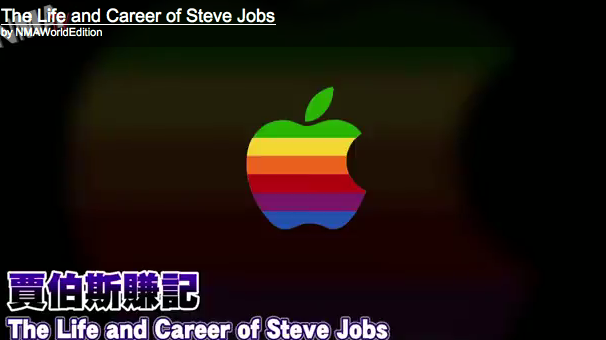 We love the guys over at the Taiwan-based NMA.tv media conglomerate, and they seem to love Steve Jobs, too. Barely days since the Apple co-founder left his post as Chief Executive Officer in Cupertino, NMA has put together a hilarious video showcasing the career of the charismatic Jobs…

Following a distinct Star Wars theme, the video guides us through major landmarks in the career of Jobs, including the birth of the Apple II, the spat with former Pepsi head John Sculley, and the iPhone’s battle with Google’s Android.

NMA has a history of making animated videos depicting various newsworthy events, and this one shows the impact of Steve Job’s resignation.