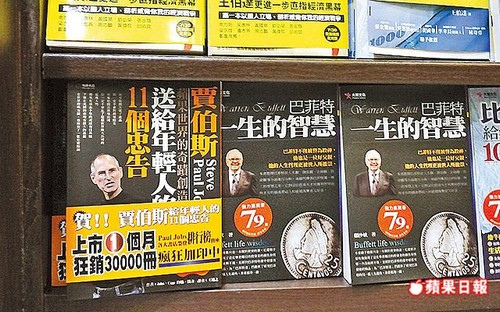 It appears fake Apple Stores aren’t the only aspects of the Cupertino outfit to fall foul to some dodgy dealings, with M.I.C. Gadget telling of an interesting new book being sold in Taiwan – a book that seems to be a fake Steve Jobs biography.

The impostor’s title loosely translates to Steve Jobs Gives 11 Advices to Teenager, according to the site, with the title appearing in the top five business books sold by Taiwanese book store KingStone…

Obviously, this book has nothing to do with Apple, nor its CEO. But that hasn’t stopped it from being snapped up by Taiwanese buyers since its release way back in April of this year.

Those preferring something a little more official won’t have long to wait, with Walter Isaacson’s Steve Jobs going on sale later this year.

How long before Apple goes after this latest knock-off?