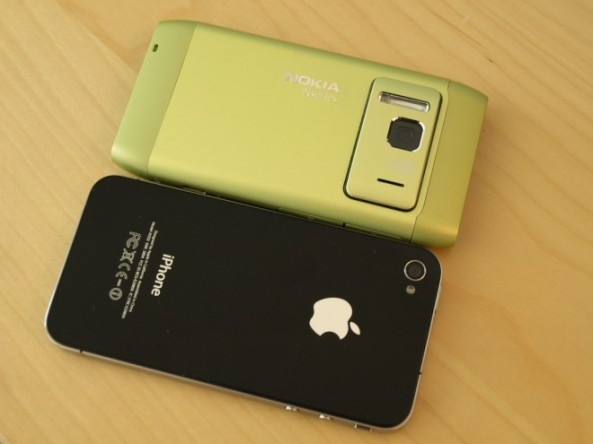 Nokia has seen a rapid decrease in market share these last few years, and Apple’s most recent numbers position it comfortably ahead of not only Nokia, but every other smartphone manufacturer…

The Financial Times reports this news in light of Apple’s last earnings call, during which the company announced that 20+ million iPhones had been shipped during Q3 of 2011. Comparatively, Nokia, the world’s former leading smartphone manufacturer, saw a 34% decrease in handset sales to only 16.7 million devices sold in Q3.

“Shipments of Nokia smartphones declined by 34 percent to 16.7m units, compared with the 20.3m iPhones shipped by Apple in its second quarter. Apple was already the biggest smartphone maker by revenue and profits, but the April-June period marked the first time it had surpassed Nokia in volume.”

Nokia’s drop in sales now places it in third place, behind Apple and Samsung.

Apple’s revenue was also four times larger than Nokia’s, with $13.3 billion in iPhone revenue and only $3.4 billion in mobile revenue for Nokia. Also, a recent report confirmed that the iPhones receives more ad impressions than Nokia’s devices in Europe.

Since 2007, Apple has managed to eclipse all other smartphone vendors in not only revenue, but also units sold. Looks like those iPhones are really taking off.