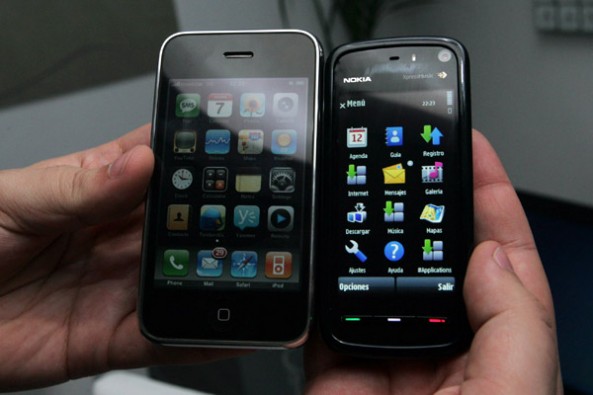 Apple’s iPhone is continuing its assault on the smartphone world, with the relative newcomer slapping down another mobile giant when it comes to ad impressions in Europe.

A report coming out of InMobi suggests that Apple’s little phone-that-could has streaked past the old foe, Nokia, with the Finish company still reeling from a less than stellar last 12 months.

Apple saw its iPhone gain 3.3 points and rise to 19.5% of all European ad data, while Nokia saw its own results fall almost one point to 18.7%… 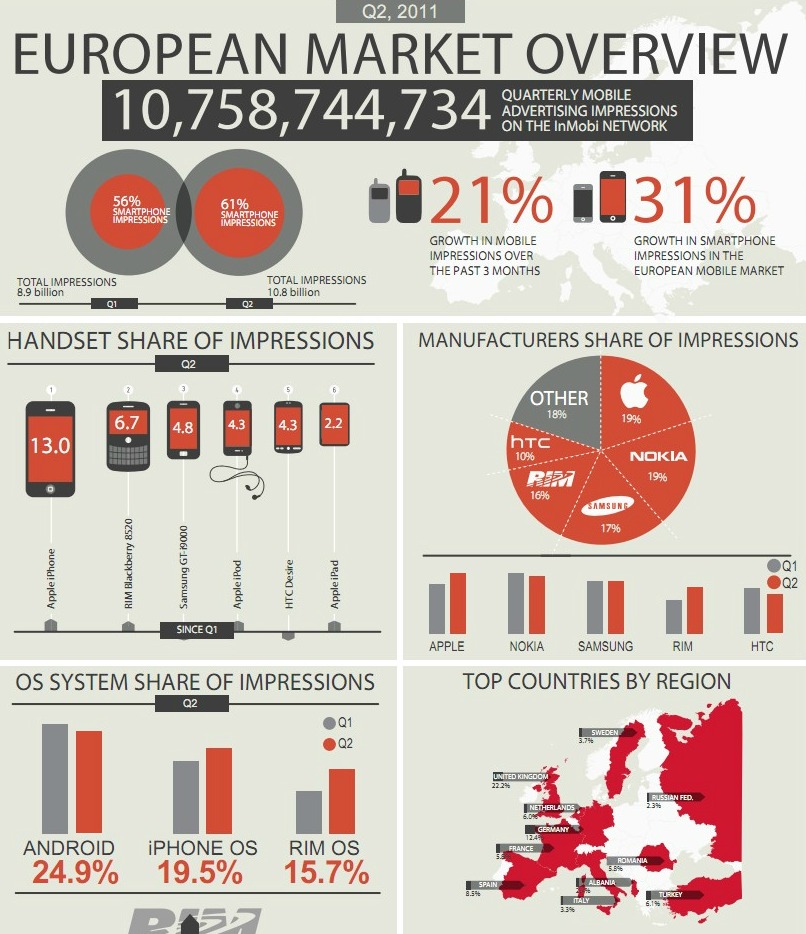 “Both Apple and Nokia saw over 2 billion ad impressions in the second quarter, but Apple managed a 90 million impression lead. Apple’s European ad share grew 3.3 points to 19.5 percent, while Nokia fell .9 points to 18.7 percent. The news means that one in five mobile ads served in Europe over the last quarter went to an Apple device.”

Nokia will be hoping that the company’s deal with Microsoft – bringing Nokia branded Windows Phone 7 devices to customers later this year – will help drag the once proud Finish giant back to the top of an industry it helped create.

Google’s Android isn’t safe from Apple either, with the platform losing 5 points, bringing the search giant’s operating system to 24.9% of mobile ad traffic. Could Apple soon overtake Android, despite only having two handsets in the market?

RIM received a rare win in the study, with its BlackBerry line of smartphone seeing an increase of 6.1 points, to 15.7% of ads.

The smartphone arena is very much a stats game these days, and with numbers like this alongside Apple’s recent earnings call, there is little doubt that the folks at Cupertino must be having one hell of a year.