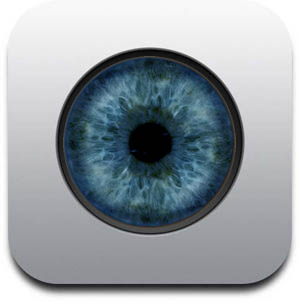 Apple’s iPhone isn’t just the most advanced smartphone on the market, it’s also a crime fighting super machine, thanks to a new app and accessory.

MORIS, which stands for Mobile Offender Recognition and Information System, promises to combine state of the art iris recognition with good old fashioned facial recognition, with the aim of making the identification of individuals a quick and easy process…

Developed by Bi2 Technologies, MORIS will launch later this year and will run at $3000 per kit, which includes that required iPhone, app and additional hardware.

Bi2 Technologies has even put together a cringeworthy video to show off their wares, and despite the awful acting, it’s well worth watching.

As AppAdvice mentions, and as with all things that involve effectively creating a database of humans, MORIS may not get the approval needed to be widely used by law enforcement, thanks to security concerns.

Bernard Melekian, director of the U.S. Department of Justice’s COPS program, believes that MORIS could be a useful tool, if used correctly.

“If the purpose is to determine instantly an individual’s identity and determine whether they are wanted or have serious criminal history, that is not only a desirable use, it is an important use. To simply collect information on individuals to add to the database would not in my opinion be a desirable use of the technology.”

We sure hope MORIS doesn’t fall foul in the privacy brigade – it would be a shame to see some great technology kicked to the curb because someone doesn’t like having their picture taken.

How do you feel about privacy and MORIS? Do the benefits outweigh any potential pitfalls? Think about how this could help police identify suspects quickly in the field.