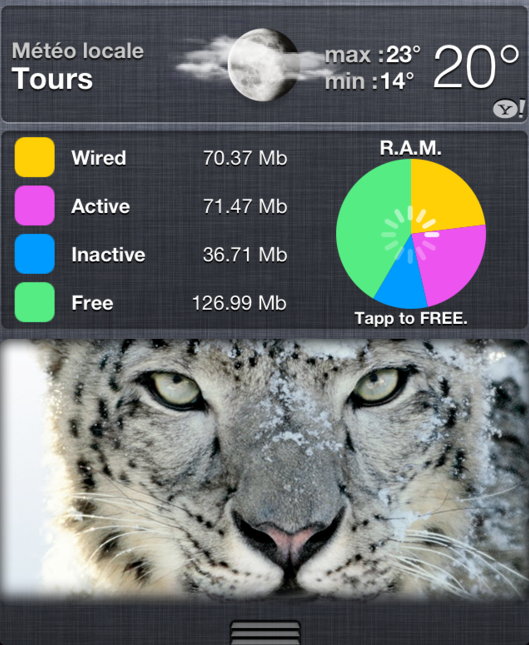 We’ve seen some useful custom widgets come out of the jailbreak community in the last few weeks- UISettings and StatusGoogle to name a few. But we’ve also seen some not-so-useful offerings, like ScreenLocker. Who needs another way to toggle the display’s lock orientation?

Although some widgets might not be as useful to some as others, it’s still cool that they’re available. iOS 5 has only been out a month, so it’s just nice that developers are churning out tons of stuff for us to play with. That being said, here’s SlideCenter…

This widget falls in the latter category of widgets that I mentioned above. There really isn’t a reason for it, but it’s cool that it’s there. Maybe some folks would appreciate a slide show of photos in their Notification Center pull-down menu, but I’ll pass.

SlideCenter grabs photos from your camera roll and plays them in a slideshow in its widget space. Actually it can pull photos from both /var/Mobile/Media/DCIM/100Apple and var/Mobile/Media/Photo/Data/Sync folders. As of right now, there’s no way to customize the slideshow.

As I said before, I’m not sure who would need a constant slideshow widget in their Notification Center. But for folks who want to check SlideCenter out, just make sure you have http://thebigboss.org/ios5beta/ in your Cydia source list and do a search for it.

What do you think of SlideCenter?