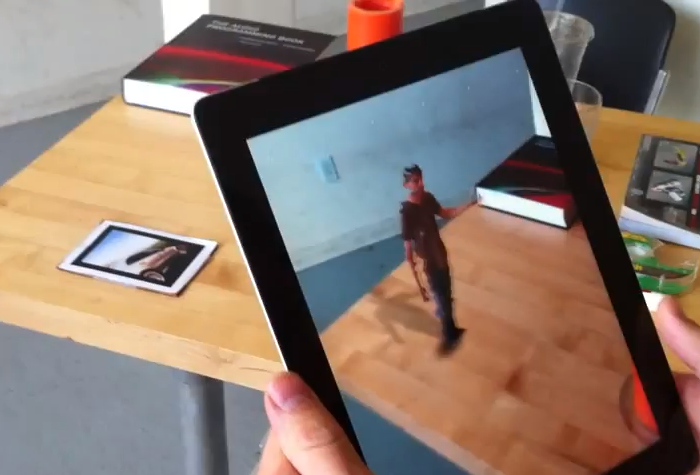 Microsoft’s Xbox 360 Kinect is currently the tech world’s darling when it comes to hacking. The device’s twin cameras and infra-red sensing abilities mean the Kinect is fully fitted for all kinds of hackery.

Apple’s iPad is equally well-liked in the hacking community. A large screen, dual-core CPU, and huge install base make it a great tool for pushing boundaries.

With that in mind, you could be forgiven for thinking that if some clever people found a way to marry the two pieces of hardware together, we could be in for happenings of a cataclysmic nature – human sacrifice! Dogs and cats living together! Mass hysteria! (Ghostbusters, for those wondering where that came from.)

Thankfully though, you’d be wrong…

The clever folks at LAAN Labs have shown off a hack which takes the power of Kinect, and finds a way to make it give the iPad 2 the ability to take augmented reality to a new level.

As Engadget explains, the Kinect camera records 3D data which is then used to create a Star Wars-like (apparently that’s a popular film?) augmented reality image that is playable on the iPad 2 using its own, less powerful rear-facing camera.

I’ve no doubt the explanation doesn’t do the below video justice, so I highly recommend you give it a watch – I guarantee you’ll be left marvelling at the possibilities, not just now, but for the years to come.

The future’s here, and we’re living smack bang in the middle of it.