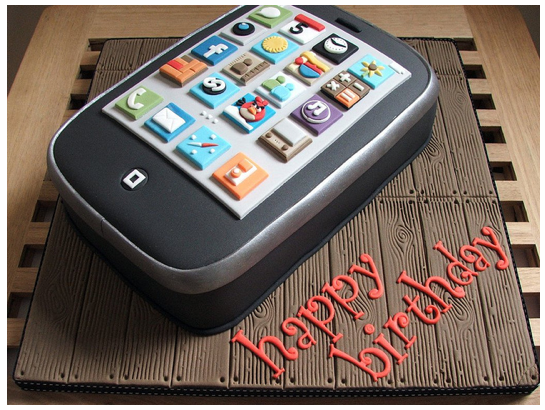 On January 9th of 2007, Steve Jobs unveiled the first ever Apple iPhone to the world. Adorned in his standard black-turtle-neck-and-blue-jeans attire, Jobs announced the new device to thousands of Macworld attendees.

The Apple CEO started off the epic keynote by saying the famous lines, “This is a day, I’ve been looking forward to for 2 and a half years. Every once in a while, a revolutionary product comes along that changes everything…”

The iPhone launched on June 29, 2007. In its 4 years of existence, the device has spawned dozens of look-a-likes, and continues to be a commonly used point of reference when grading the performance of other smartphones.

2011 has been an interesting year for the iPhone. In February Apple introduced the Verizon iPhone, ending AT&T’s 3 year run as the exclusive U.S. carrier. Then in April we finally saw the white iPhone 4 materialize, after 10 months of delay and speculation.

Apple reportedly sold close to 20 million iPhones last quarter, and they don’t show any sign of slowing down. The company is expected to sell in excess of 100 million units of its next-generation smartphone, slated to launch some time this fall.

Apple set out to “reinvent the phone,” and they did. Whether you’re a die hard Android user or a BlackBerry fan, you have to to admit that the iPhone was a game changer. It completely redefined how a “smartphone” should look and act.