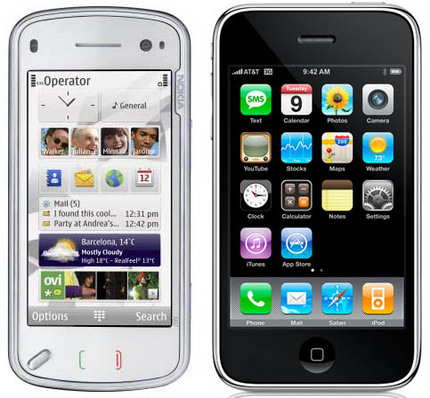 This particular court battle between Nokia and Apple has been a doozy. Nokia originally filed suit against the Cupertino company back in 2010, citing their use of data transmission and certain antenna technologies as patent infringement.

Earlier this year, an ITC judge ruled in favor of Apple, claiming that he saw no evidence of infringement in their products. Just days after the court’s decision, Nokia launched a 2nd lawsuit against the iPhone makers which appears to have been much more successful…

In the 2nd filing, Nokia claimed that Apple was using Nokia innovations to develop key features in their products. They named off everything from data synchronization to call quality, and even the use of Bluetooth accessories as infringing technology.

Well that must have done a number on Apple’s crack litigation team, as the Finnish mobile giant has issued a press release announcing that the 2 companies have reached an agreement. Nokia CEO Stephen Elop:

“We are very pleased to have Apple join the growing number of Nokia licensees. This settlement demonstrates Nokia’s industry-leading patent portfolio and enables us to focus on further licensing opportunities in the mobile communications market.”

The financial part of the agreement reportedly has Apple making a one time payment, as well as on-going royalties to Nokia for use of their patents. The rest of the contract has been kept confidential.

The settlement is just another stark reminder of how important Intellectual Property (IP) is in the wireless industry. It seems like IP portfolios are like poker chip piles, and he who has the biggest one always wins.