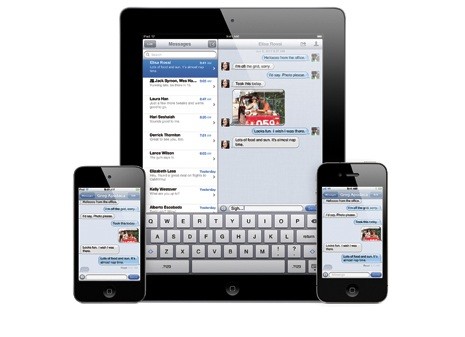 Apple’s wireless carrier partners were apparently just as surprised as we were when Apple unveiled its new messaging client, iMessage, at yesterday’s WWDC keynote. Reportedly, Apple didn’t bother to give carriers a heads up that they were introducing a new, media-rich messaging client before the actual presentation to the public.

Wireless carriers are the ones that will actually be handling the transfer of messages/photos/videos in iMessage over 3G. Apple demonstrated its classic attitude by not even bothering to give carriers a heads up about iMessage. What Apple wants, Apple gets. 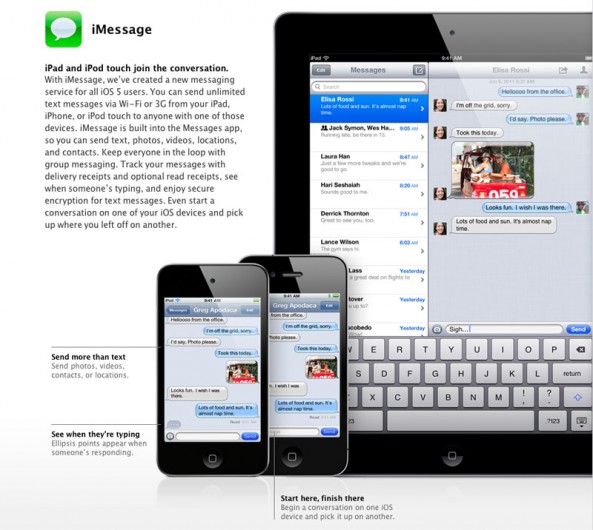 “A well-informed little birdie tells me that Apple’s phone carrier partners around the world found out about iMessages when we did: during today’s keynote.”

iMessage will allow iDevice users to communicate with each other for free across Apple’s platforms. Conversations can be created with live updating, and messages can be sent to groups or single users. Photos and videos can also be sent in iMessage for free over Wi-Fi and 3G.

Apple is obviously targeting Blackberry Messenger with iMessage, and they seem to have blown it out of the park. As the app was demoed during yesterday’s keynote, I kept thinking about how good Apple is at sitting back and learning from its competition. It took them 4+ years to introduce iMessage, but they’ve done it right.

The first thought is that iMessage will replace classic SMS messaging for iPhone users. If that’s the case, carriers should be very scared about losing money on their messaging contracts. MMS can be very expensive too, and iMessage will offer a free, streamlined method for MMS with other iOS users.

The only problem with iMessage replacing SMS is that not everyone uses an iPhone. If you text a lot, you’ll most likely still be using the SMS data that carriers provide.

So, in conclusion, iMessage is a nice addition to SMS/MMS, but I don’t think it will replace the classic system of text messaging anytime soon.

Still, Apple is pretty bold to announce a service like this without giving carriers a heads up. O well, that’s just how Apple rolls.

Thoughts? Will you be abandoning your SMS plan for iMessage when iOS 5 goes public this fall?