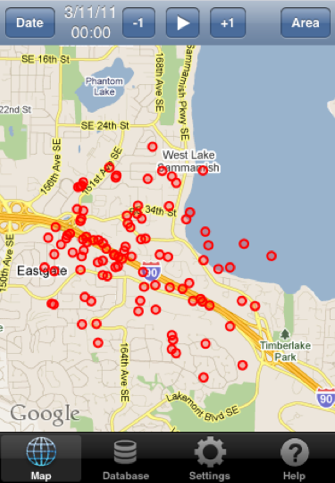 When the iPhone’s consolidated tracking file was first revealed last month, it took the jailbreak community 24 hours to respond. The day after the story broke, Ryan Petrich released a free Cydia tweak that would clear the iPhone’s location history.

But if untrackerd and Apple’s own iOS 4.3.3 update haven’t dismissed your fears of big brother following your every move, Cydia once again has a solution for you. For all the folks wearing aluminum foil hats out there, here’s Footprintz…

This new jailbreak app turns the iPhone’s logged location data into plots on a map, similar to the desktop software that was released when the location bug went public last month.

Once Footprintz is installed, you can see a virtual breadcrumb trail of where the iPhone has been in the past. Then you can take that location data and delete it, email it, or even export it to a spreadsheet file. 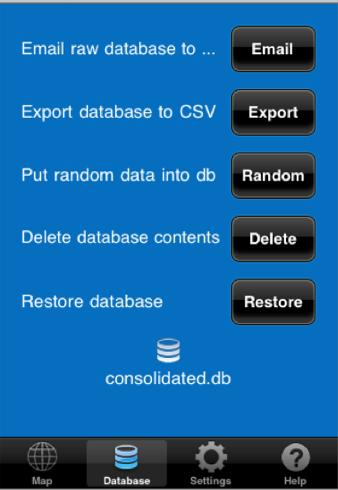 Want to know if someone was telling the truth about their whereabouts? You can sort the tracked data by date and location. Feel like you’re being watched? Footprintz also has an option to throw random coordinates into the iPhone’s location history.

The developer comments that this app does not require iTunes backup files, it just uses existing data on your phone. In fact it uses the consolidated.db file, so if you’ve upgraded to iOS 4.3.3, your location history is minimal.

I check in too often with Facebook and other apps to care about a silly location file, people generally know where I’m at. If you want to checkout Footprintz for yourself, it’ll run you $0.99 in the Cydia Store.

Have you tried Footprintz yet? Or could you care less about consolidated.db at this point?