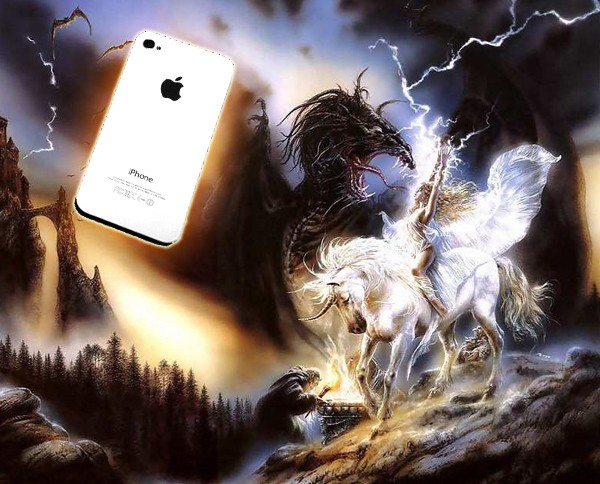 It was recently discovered that the newly released white iPhone is slightly thicker than the original iPhone 4. To everyone that cared, it seemed interesting that Apple would release the practically same device with a different set of dimensions.

Phil Schiller, Apple’s Senior Vice President of Product Marketing, has spoken out on the white/black thickness debacle. And he’s saying that it’s a non-issue…

“It is not thicker, don’t believe all the junk that you read.”

In a DM via Twitter, Phil Schiller responded to a tweet from Ernesto Barron asking to verify if the news is true or not. This isn’t the first time Schiller has talked about the white iPhone via Twitter. Several months ago, he originally tweeted that the device was coming out this spring.

A teardown of the white iPhone 4 has revealed that there are some different component elements that affect the white version’s dimensions. The only real downside to the change in thickness is the fact that certain iPhone 4 cases won’t fit the white iPhone.

Are you concerned with this issue? Hopefully the mythical white iPhone will be able to ride off into the sunset peacefully after this story.