Well, no one saw that coming. Out of nowhere, AT&T has bought T-Mobile and become the largest wireless provider in the U.S.

It was originally thought that Sprint and T-Mobile would merge, but network incompatibilities made that idea look less and less attractive. Instead, AT&T and T-Mobile have shacked up to become the big kid on the block. Combined, AT&T and T-Mobile account for 130 million wireless customers in the United States, blowing by Verizon’s 90 million users.

The question on our mind is: What does this all mean for the iPhone? LTE? What if we actually start getting reception in our own homes…

From the AT&T press release,

“This transaction represents a major commitment to strengthen and expand critical infrastructure for our nation’s future,” said Randall Stephenson, AT&T Chairman and CEO. “It will improve network quality, and it will bring advanced LTE capabilities to more than 294 million people. Mobile broadband networks drive economic opportunity everywhere, and they enable the expanding high-tech ecosystem that includes device makers, cloud and content providers, app developers, customers, and more. During the past few years, America’s high-tech industry has delivered innovation at unprecedented speed, and this combination will accelerate its continued growth.”

LTE/4G has been the hot topic in the mobile market, and carriers are scrambling to show off their 4G capabilities and handsets. AT&T has been sinking under the weight of iPhone saturation, and I’m sure they’re secretly relieved that Verizon is there to share some of the bandwidth load. 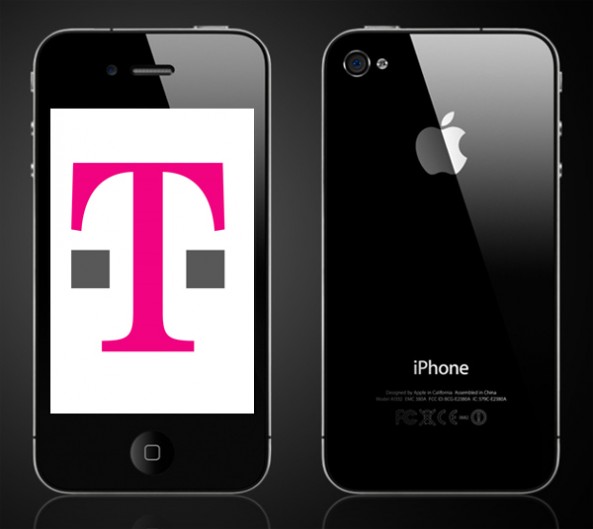 Apple has two versions of the iPhone 4: the GSM/HSPA model on AT&T, and the CDMA model on Verizon. AT&T and T-Mobile both use GSM/HSPA technology, but they currently operate on different frequencies.

This means that T-Mobile cannot, given the current infrastructure, support the iPhone on its own towers. Once T-Mobile’s towers switch frequencies, the current AT&T iPhone should be able to operate on T-Mobile.

AT&T will of course be adding T-Mobile’s spectrum to their own in due time, but it is currently unclear how it will all play out. AT&T remained vaguely promising in the press release,

“Stephenson continued, “This transaction delivers significant customer, shareowner and public benefits that are available at this level only from the combination of these two companies with complementary network technologies, spectrum positions and operations. We are confident in our ability to execute a seamless integration, and with additional spectrum and network capabilities, we can better meet our customers’ current demands, build for the future and help achieve the President’s goals for a high-speed, wirelessly connected America.”

It is also worth noting that this merger is estimated at taking a year to finalize. This means that we won’t see any signs of T-Mobile’s presence on AT&T until at least 2012. The iPhone 5 will be on the market before then, so don’t get your hopes up for a LTE iPhone this summer.

What about the iPhone 6? T-Mobile is not totally dissolving into AT&T. They say so in their press release,

“T-Mobile USA remains an independent company. The acquisition is expected to be completed in approximately 12 months. We do not offer the iPhone. We offer cutting edge devices like the Samsung Galaxy S 4G and coming soon our new Sidekick 4G.”

T-Mobile has said that its users won’t be getting the iPhone anytime soon, but there’s no reason we won’t see next year’s model with 4G on T-Mobile/AT&T’s combined network. What happens in about 12 months? An iPhone announcement at the 2012 WWDC conference.

Once T-Mobile is merged with AT&T, there will be only one GSM iPhone provider in the United States. Monopolies always scare me, but I have to remember that Verizon still has the iPhone too. A Sprint-Verizon deal could be a possible counterattack to AT&T’s move; then there would only be two big players in the U.S. wireless market. 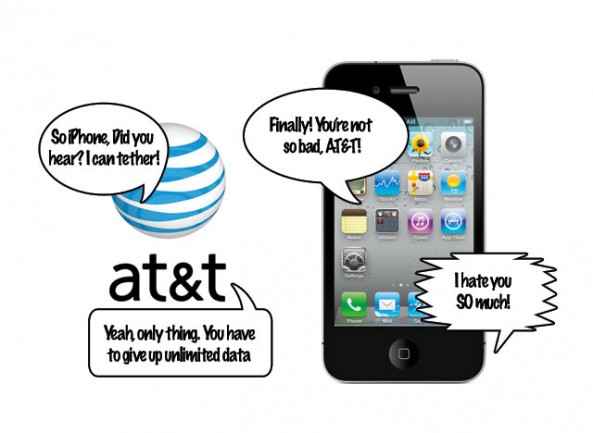 The most obvious benefit to this merge with T-Mobile is more bandwidth. Even though some people are trickling to the iPhone on Verizon, AT&T still has to deal with a massive amount of network strain. iPhone users consume more data than any other smartphone demographic, and AT&T has had to deal with millions of iPhone data hogs (myself included) since its original exclusivity agreement with Apple in 2007.

T-Mobile boasts a pretty sophisticated (and relatively unstrained) spectrum of bandwidth that AT&T will be able to pull from. Besides better data speeds and “95%” 4G coverage for customers (what AT&T is claiming), the extra T-Mobile towers should drastically improve the bad coverage that AT&T has in certain parts of the country.

“Both AT&T and T-Mobile have already begun building out HSPA+, the latest generation of GSM/3GPP mobile networking supporting data speeds of up to 21Mbps (as some European carriers have been operating for years). Existing AT&T iPhone 4 models support 7Mbps data downloads, and HSPA+ networks can be backwardly compatible with them; new iPhone 5 models are expected to be able to take full advantage of the fast new network.”

AT&T’s press release says that this merge, “will increase AT&T’s network density by approximately 30 percent in some of its most populated areas, while avoiding the need to construct additional cell towers.”

Questions have been raised as to why AT&T didn’t spend the $39 billion on building up its own infrastructure, instead of just buying T-Mobile. The simple answer is that it’s much more difficult to build up your own backend than just buy and absorb another. Permits for cell towers take years to get approved, and it’s going to be much faster and easier for AT&T to start using T-Mobile’s already-existing infrastructure.

By merging with T-Mobile, AT&T will gain the equivalent of five years of expansion in under one year.

I’m optimistic about this AT&T/T-Mobile deal. We’ll most likely be seeing an LTE iPhone next year!

What do you think about all this news? Are you excited for the merge with AT&T and T-Mobile? Share your thoughts below.