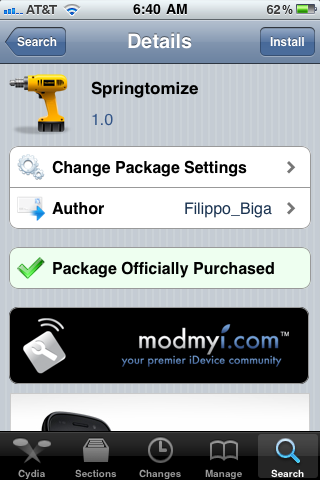 The anticipated jailbreak tweak to rule them all, Springtomize, has gone live in Cydia and is now available for purchase. We showed you a detailed preview of this awesome tweak several days ago, and now you can install Springtomize and play with it yourself.

Most jailbreak tweaks focus on one specific aspect of iOS (whether it be the status bar, dock, icons, etc.). Springtomize aims at being the one-stop shop for your tweaking needs. As far as customization is concerned, Springtomize may very well be the king of jailbreak tweaks.

“Springtomize is the only tweak you’ll ever need to customize your device, in all of its aspects: from its capabilities to the look of your SpringBoard. You can disable elements you don’t use or that may slow down your device performances, you can customize the look of your icons, the dock, the folders and the Status Bar, or even your Lockscreen. Springtomize also allows you to save your SpringBoard layout and to restore it later, without wasting time moving icons inside folders or to their original positions!

You can also customize various animations of your SpringBoard or add nice mods to current ones, like choosing the color of the screenshot flash or to dim your device screen like an old TV when locking! Finally, in the Theming section you can choose to apply a custom dock or a transparent one; you can also make your icons transparent and set the brightness of your wallpaper, without having to edit the image with other apps!” 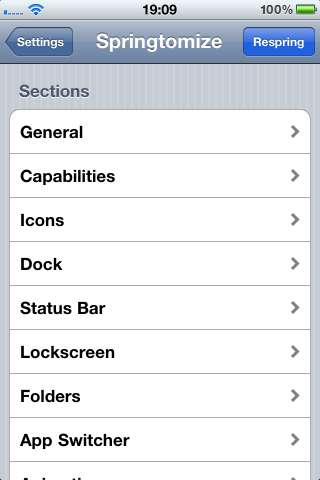 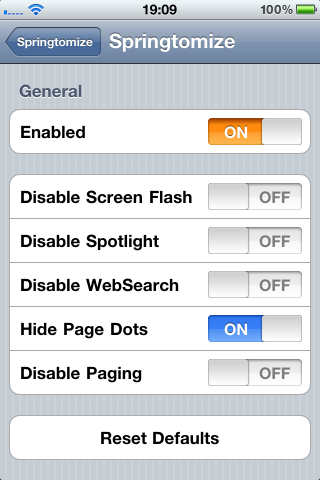 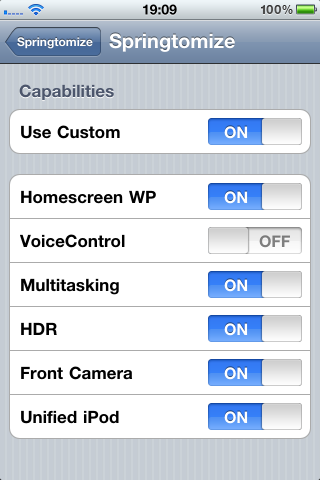 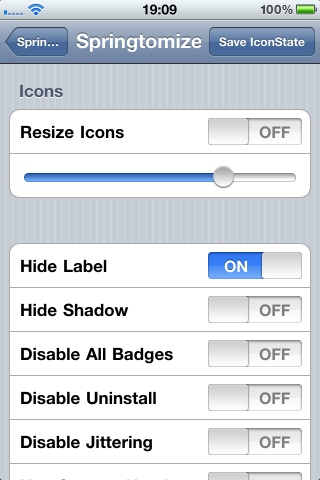 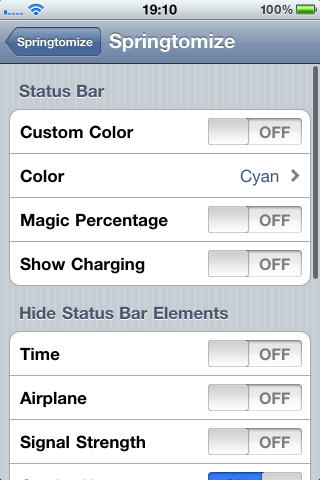 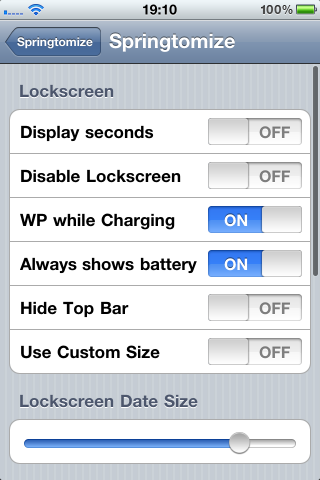 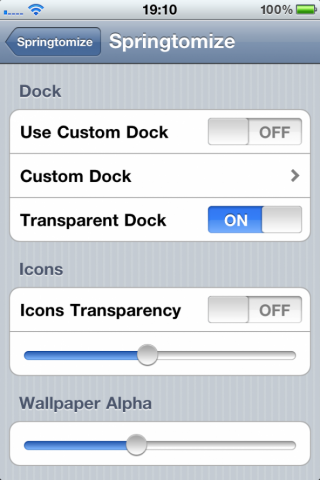 Springtomize is available for $2.99 in Cydia. As you can tell from the screenshots, Springtomize not only adds, but also replaces functionality from multiple other jailbreak tweaks.

Let us know what you think of Springtomize. Does it exceed your expectations?