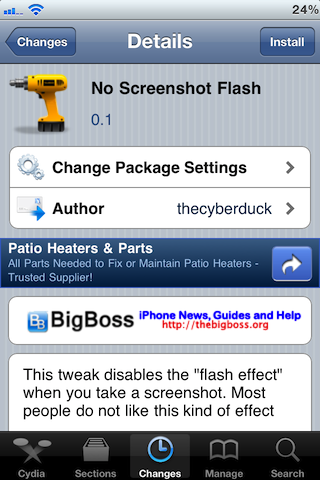 Annoyed by that flash effect that happens every time you take a screenshot? Apparently you’re not alone.

No Screenshot Flash is a tweak that performs the exact duties that its name implies.

Don’t get me wrong, I like the fact that you can pretty much customize every facet of your iPhone, but is such a simple tweak even worth your time? Does it improve the user experience in any way? 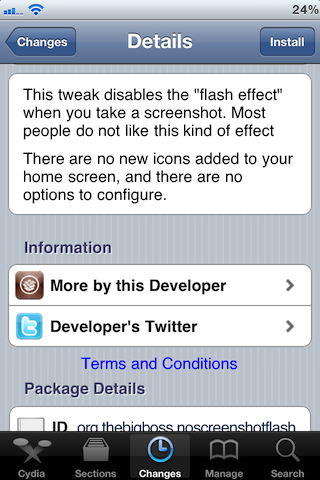 Honestly, in my opinion this tweak does more harm that good, because without the screenshot flash, it’s harder to tell if your iPhone actually captured the desired screenshot.

Sure, you can still rely on the audible snapshot tone that happens every time you take a screenshot, but what if you have your phone in silent mode?

That’s where you immediately begin to realize just how handy the screenshot flash is.

There have been a number of instances where I needed to take a screenshot of something important, and it took two or more tries for the screenshot to register.

Without the flash, it’s very likely that you could miss an important screenshot if you have your phone in silent mode. To me, that’s just not worth the risk.

If you have a jailbroken iPhone and want to give it a try, No Screenshot Flash can be downloaded for free on Cydia.

What are you thoughts on this tweak?