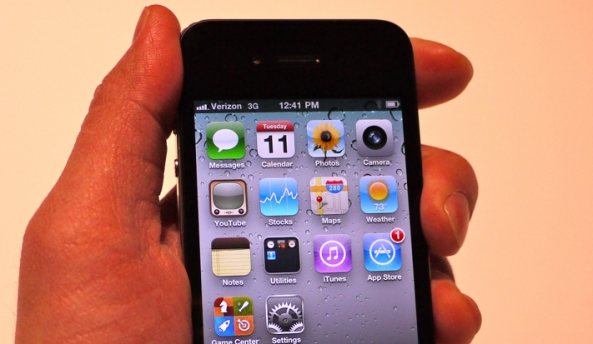 Now that the Verizon iPhone 4 has been officially unveiled, it was only a matter of time before someone tried to replicate the infamous “death grip” which causes signal degradation to the point of dropped calls. Those issues stemmed from the way the iPhone 4’s antenna was designed, which resulted in attenuation issues when holding the device a certain way.

After a few flat out denials and a misguided PR campaign, the situation was dubbed antennagate, after the famous Watergate political scandal of the 70’s. Now that Apple has released a revised version of the iPhone 4 in order to meet the compatibility standards of Verizon’s CDMA network, were they able to address the antenna issues along the way?

The folks over at Slash Gear sure seem to think so, because they were able to go hands-on with the updated iPhone 4, directly after Verizon’s media event on Tuesday.

What they found wasn’t shocking by any means; it appears that Apple has fixed the antenna issues that plagued its initial design. It’s unsurprising considering Apple has had months to tweak the hardware in order to eliminate the antenna problems.

Not only that, but the spy shots that were unveiled last week clearly show changes to the metal band that wraps around the iPhone’s exterior. This band serves as part of the iPhone’s antennas.

True enough, their test wasn’t the most scientific method, but it’s certainly a positive sign to witness.

Do you think Apple finally solved the antenna issues?