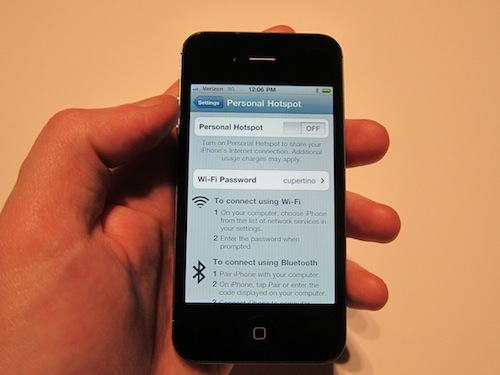 Yesterday, the Verizon iPhone was announced. Not much is different; there is a new CDMA antenna and mobile hotspot feature coined as “Personal Hotspot.” This new (currently) Verizon-specific iPhone feature mimics popular jailbreak utilities like MyWi.

Personal Hotspot will be a new, pre-installed software feature for the Verizon brand of iOS. This mobile hotspot feature has been available on most Android phones for quite some time. Some more details have surfaced about Personal Hotspot… 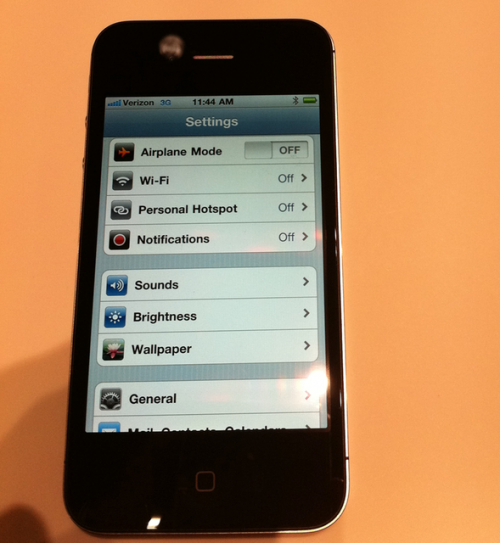 “The mobile hotspot implementation on the CDMA iPhone is, like all things Apple, pretty simple and takes little effort to get up and running. There’s a blue notification bar that appears on the top of the device’s screen that shows you how many clients are connected and a simple interface to toggle the hotspot on and off and set the password. Mobile hotspot functionality will be available on the Verizon iPhone at launch for an extra monthly fee.” 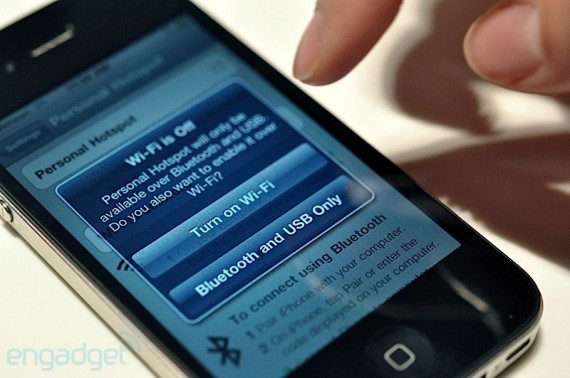 That “extra monthly fee” will be $20 for a 2GB allowance, which isn’t that great. What makes it even less appealing is that Verizon’s CDMA network makes it impossible to use the internet and make a call at the same time. 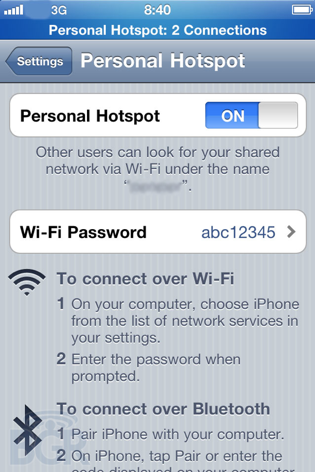 BGR has also confirmed that Personal Hotspot will be a feature on all iPhones (AT&T too) in iOS 4.3. BGR says,

“According to our source, the personal hotspot feature that debuted on the Verizon iPhone yesterday will, in fact, be making its way to all iPhones in iOS 4.3. We’re sure there will need to be carrier support for this feature, and for AT&T users it is entirely possible we might not see this right away.”

When it comes to AT&T, Personal Hotspot could be a feature that doesn’t actually have network support for quite some time. When Apple originally implemented tethering capabilities into iOS, it took AT&T over a year to actually enable the feature on their network. Who knows if Personal Hotspot will ever see the light of day on AT&T.

“I think that it’s great to see Apple opening the door to using the full functionality of the phone,” he told TUAW. “As we’ve seen in the past there are a lot of limitations and restrictions that Apple imposes on application publishers.”

Ciabarra responded positively about the Verizon phone. “We don’t see it as a negative,” he told TUAW. “MyWi will continue to compete in this arena–even without seeing the specific features that are being offered on Verizon’s app. MyWi offers additional functionality like battery saving, controlling the signal strength for your tethering, seeing who is connected to phone in real time, and more, that users will continue to enjoy.”

MyWi is a much more robust (and affordable) solution to carrier-supported hotspot features like Personal Hotspot. With MyWi, you can set a channel and adjust transmit power. The app also allows you to tweak the DHCP settings and display detailed battery information, along with what users are currently using your created network.

What do you think about Personal Hotspot? Will you be paying $2o a month for it? MyWi is a one-time Cydia purchase at a rather affordable price. Is MyWi a better solution for you?

[Images via TechCrunch and Engadget]